A few days ago, when our Outlook inboxes lighted up with the words “Spring Enrollment 2018,’’ most of us were taken by surprise (to put it mildly). Cries of “It is enrollment time already?’’, “Didn’t this semester JUST start?”, and “Abhi tou meray iss semester kay courses finalize nahi huay” were heard all over the campus. Within a day, posts regarding recommendations for courses starting popping up on LDF, people started running around trying to seek suggestions from seniors and peers, and conversations held over PDC tables which switched from “Yaar, kal mid hai aur mein nay shuru nahi kiya” to “I NEED AN OUT-GROUP FROM SSE. PLEASE SUGGEST A COURSE FOR ME TO TAKE.” Nevertheless, most of us were bewildered at the pace at which the past three months had flown.

It seemed like only a week ago we, as anxious freshies, sat clicking away aggressively in the IST labs during O-Week. Soon after the O-Week concluded, the add/drop period commenced followed by regular classes. After just a couple of weeks into lectures, many were able to distinguish the classes they enjoyed, the classes they scheduled a nap for, and the ones they had to make a concerted effort to reach at least five to ten minutes earlier to ensure that they get that 5% bonus at the end of the semester. Now, coming to the (ever-favorite) topic of food: by this time, most dishes at PDC had been tasted– each freshman had concluded what he or she preferred to eat. When nothing on the PDC menu appealed to them, the freshmen would rather opt for a Zinger with cheese from the superstore, or a paratha roll from the khokha.

Amidst the process of settling down, new friends were made (after realizing that to expand your circle, you will have to put in the effort). Finding your way around campus gradually became easier when freshmen started to remember whether A-16 was located on the ground floor or the first floor of the maze that is called the Academic Block (um, where is it, actually?). On my second day of O-Week, I took the longest route from SSE to SDSB before cursing myself when I realized that there was a shorter way too. Society orientations were held, and LDF was spammed with posts from respective societies (alright, we get it, your society IS the best on campus). Soon enough, after the monotonous process of filling out applications and giving interviews, students could proudly claim which society, or societies, they were a part of. It did not take much time before each society started conducting its respective events and activities, or are still in the process of planning their flagship events.

I think that for most of us, the biggest factor that distinguished university life from school life was that while in school, you could afford to take many things lightly and yet still be able to easily make up for them later, whereas, here in LUMS, there is no such thing. Every week brings with it a plethora of quizzes, assignments, and presentations. Then, of course, there are the readings and the inescapable CP. You miss out on even one of the things above, and there you go, your grade is subject to being affected. By the time midterm season rolled around, the library had filled up more than usual, and to find your favorite usual study spot occupied, you just had to depend on two factors: hope and luck.

Now, with the major chunk of the semester behind us, and have gotten accustomed to most things around campus (about time, too!), let’s make the most of the time until finals hit us with full force. With enrollment for the Spring Semester upon us, all I can hope is that may the odds ever be in our favor! 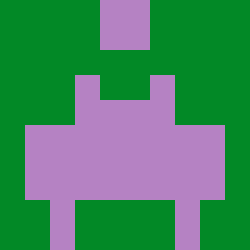