A Plea From The Lungs

Human has happily come to LUMS. We know this is what Human wanted because we reside so close to the heart. We are the Lungs. We try and be happy for Human because we are here to pump her up with life and happiness on literally every step of the way. We give her strength in the claustrophobic library elevator when she feels the walls are closing in , we liven her up as she strides across the huge campus just so she can get to class on time, we stand firm when she cheers at concerts just so she can have some fun. We try and be there for her every time there are some new marks up on Zambeel and she says, “I can’t breathe.” In essence, we do the best we can.

Today, however, we demand our rights from the LUMS community because our fellow thinking organs have told us that Human’s university gives justice to all and we have been told that we do stand a chance. Whenever we are forced to walk through theKhokha or the PDC entrance to the Academic Block -which we most often have to go to-we are victimized by Passive smoking. This is a huge problem that effects all those non-smoker Lungs who have to face the same or at times worse consequences then the Lungs actually smoking directly.

On discussing this over with the Brain we have come to known that, passive smoking is a combination of the smoke exhaled by a smoker and the smoke that comes from the end of a burning cigarette or cigar. It is a potential problem because smoke that burns off the end of a cigarette (called sidestream smoke) may be more toxic than the mainstream smoke a smoker would inhale. We love our Human and if it was our Human’s choice to smoke we would give in. However; here the rights of our Human’s body are being infringed and that is something we refuse to tolerate. LUMS advocates responsible attitudes and liberty but a limitation is crucail on such a liberty that is harming others to the extent that their risk of getting cancer is increasing everyday just because they sit next to smokers or pass through them.

The terrible smog that hit Lahore made matters worse. With the air standing still and unmoving the cigarette smoke lingered in the air and it became impossible for our fellow eyes and throat to avoid the itching that hit them. We would also like raise our voices for those Lungs that are a sufferer of asthma. The sidestream smoke is a trigger for their condition and they have to tread cautiously around campus trying to avoid the irritants.

With utmost respect that we would like to suggest to the LUMS administration; the inaugural of strict smoking zones that would lessen this problem to a great extent. This way the rights of both smokers and non-smokers are preserved. No one will be forced to inhale any toxin that they did not sign up for in the first place. Ultimately, this will result in a healthier, happier, and more satisfied LUMS. 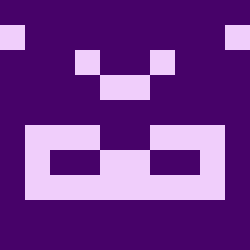