A Season With A Few Ups and Downs

SPOILERS AHOY!Read at your own risk
Halloween 2K17 brought with it the much-awaited second season of Stranger Things, probably the most critically acclaimed tv series of 2016.
Featuring an even more amazing and eerier soundtrack than the last season, the new season is also just as jam-packed with 80s nostalgia as its predecessor.

After ending the last season with Eleven stuck in the Upside Down and Will seeing strange apparitions, season 2 skips a year and then gradually informs about the happenings of the previous year through flashbacks. The plot is developed via Will’s frequent PTSD skirmishes with the (literally) unearthly creatures of the Upside Down. While the last season dealt with a singular threat, the Demogorgon, this season one-ups it with several mini Demogorgon (or Dema-dogs as Lucas would call them). However, the real antagonist was never properly shown during the season, except as some stupendously enormous spider-like creature. Despite that, that terrifying creature was swiftly dealt with by a girl with psychokinetic powers and a bunch of overexcited middle schoolers.

Some viewers may also have a problem with the treatment of inarguably the show’s most beloved character, Eleven. Specifically, the infamous Episode 7 made all the breathtaking action screech to a halt just so that we could enjoy Eleven’s encounters with some poor actors performing on an even poorer script. I realize that the directors might be hoping for a spinoff through that episode, but adding a filler episode about Eleven’s background broke the momentum of the final episodes and was an immediate turn off for me.

The love triangle between the three teenagers finally received some plot development. One of the main ships officially become canon in the face of Nancy and Jonathan finally hooking up after perhaps the most romantically tense scene I have recently seen. It is amusing to see Jonathan, the antisocial stalker whose relationship with Nancy began with him taking her pictures without her consent finally entering in, I must say, a pretty strong bond in just under a year. I guess it goes to show how hardships, especially those dealing with eldritch abominations can have a unifying effect on people with different personalities.

There were a few new entries when it comes to the characters. Max was a shocking contrast from Eleven for the boys as unlike a feral child who couldn’t properly communicate in English, Max was up to date with modern tech and could wipe the floor with our beloved ‘nerds’ when it comes to video game arcades. The reactions of the boys ranged from endearment from Lucas and Dustin to frustration from Mike. I will probably have to side with Mike here because the character could not do justice to her role as an Eleven surrogate in the boys’ group. On the contrary, I found most of her interactions with Dustin and Lucas pretty cliched with all the sudden awkwardness and attempts to woo her.

After Max, we soon meet and immediately start disliking her charming (going by the number of girls gawking at him) and really violent brother, Billy. Soon, we learn that his exceedingly violent tendencies are due to (surprise, surprise) daddy issues. However, I couldn’t see him beyond a one-dimensional character whose only role was to make us sympathetic towards others, such as Steve in the fight scene. His role was a typical ‘bad boy’ and with the vintage ‘79 Camaro, he certainly had the wheels for that role.
Talking about wheels, let’s talk about the new third wheel. I like how Steve’s character grew from someone who indirectly led to Barb’s death last season to a really sympathetic guy who is even willing to put his life on the line o protect the kids.

In conclusion, despite brilliant acting by the primary cast, Season 2 does not live up to its hype. While I finished it in one sitting, it was not the breath of fresh air in the sense as Season 1 was for me. Still, I would recommend others to watch the season but slightly lower your expectations and skip episode seven (you won’t miss anything). 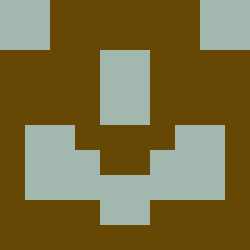