Alone but not Lonely

It’s a generally accepted assumption that God created Eve because Adam was lonely. He needed another person to experience his new surroundings with him and relish in the wonders the world had to offer. Thus the concept of companionship was created and the human race divided into various groups, cliques, support systems and some bizarre cults that Hollywood keeps in mind when it runs out of movie ideas.

Before you assume that this would be another one of those articles about “TEN TYPES OF GROUPS YOU’LL SEE AT LUMS”, well you’re wrong just as you were wrong about Brangelina surviving till the end. This article is an ode to the loners, the backbenchers, the wanderers, the ones who don’t belong to any group and stare at companionship in the eye and walk away; a more politically correct term to describe them would be: introverts.

It’s, of course, a “medieval” notion to label people and fit them into constricting categories but everyone at least at some point in their lives willfully drifted away from the noise, the laughter and the humdrum of people mingling with each other recounting that same funny moment over and over again, and eventually became an atom lost amidst a cluster of nuclei.

Now, why do we immediately dig into our pockets to offer some amount of sympathy for these solitary atoms? Why do we consider our own self to be the most embarrassing company ever? Why does a meme of Keanu Reeves sitting alone on a bench eating a sandwich get viral? Leave the poor guy alone!

Being alone not only allows to have that much-needed nap you were deprived of while being out all night with your friends, it also allows you to reflect on yourself and shed all the armor (literal and figurative) you put up to survive through the day and simply be yourself. And this is not just achieved in the safe confinements of your bedroom, you can do go through the same process on a bench in a crowded park just like Mr.Reeves must have been doing in that meme.

Self-appreciation is also something you might also miss out by being among people other than yourself. You may have countless people complimenting you or not but at the end of the day, you need that assurance from none other than yourself. This is aptly summed up by Charlotte Bronte who said: “”I care for myself. The more solitary, the more friendless, the more unsustained I am, the more I will respect myself.”

So the next time you see someone sitting alone on a bench in the middle of the night laughing to themselves, don’t run frantically to the nearest hiding place You’re safe. Walk a bit fast, just in case. 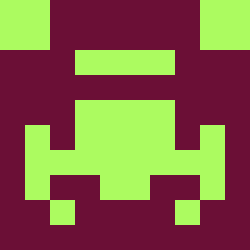 Rabia Tufail
My interests include Pandas, Doctor Who, basically everything sci-fi, having deep intellectual conversations that lead to no where and writing bios as if i'm on a dating site.