Highlights
Q&A with Malala Yousafzai | On College, Girls’ Empowerment and Role Models | The LUMS Fee Hike 2020 | Campus Overcrowded? | This Is Not A Play: Reviewing the Commedia dell’Arte | Food and Hygiene at LUMS – Synonymous Or Not? | Smog — Combating this Menace | Mental Health |

Applying to Pakistani Army: What to do and what not to do

Have you ever dreamed of donning that pixelated CCD (camouflage combat dress) or that khaki colored uniform? Have you ever dreamed of serving your country as an active combat troop? The Pakistan Army has two windows every year in which they select approximately 600 cadets in each window who, after two years of strenuous training, become officers in one of the most renowned ground forces in the world. The purpose of this article is to guide potential candidates: through the selection process, about what to expect etc.

You start off by going through their ineligibility and eligibility criteria, online (https://www.joinpakarmy.gov.pk). After you have made sure you are completely eligible, you register online on the same website under your respective PMA L/C (Pakistan Military Academy Long Course). The registration form is quite simple and straightforward to fill out. Keep your O Levels and A Levels equivalence certificates in hand, however, if you are a non-Matric and non-FSC/non-FA student because you will be required to enter your marks. After you have completed and submitted the form you will be issued a test slip after a few days which will show your initial online test date and your roll number and the course you are applying for. Print it out and keep it with you at all times. Without this slip you will not be allowed to enter the AS & RC (Army Selection and Recruitment Centre) premises.

On the day of the test you will be required to bring particular documents with you which are listed on the website. These shall be verified upon entering the AS & RC before your first test. Keep plenty of extra copies of each document as well as the original and plenty of passport sized pictures just in case. To be further on the safe side have your domicile made if you have not already and keep the original as well as a few extra copies. Considering this is a Pakistani government institution, a few copies of your parents’ CNIC cards should not hurt either. In addition keep 200-300 rupees as well as you will be required to purchase a Pakistan Army prospectus.

The first test will comprise of a series of intelligence tests, conducted on computers, which are quite basic. No preparation is needed but if you want to be sure then practice questions online. There will be academic tests as well based primarily on primary and secondary school knowledge on English, Math, Pakistan Studies, Islamiat and some general knowledge questions. Upon the successful completion of these tests you will be provided the date on which you will be called for your physical tests. The physical tests comprise of the following:

For candidates applying from Lahore, the one-mile run will take place in Fortress Stadium and the rest at the AS & RC. On the successfully clearing the physical tests, candidates will be given a date on which they shall report to their respective AS & RC’s for their initial medical examination. This is a comprehensive external examination ranging from tallying weights and heights with the BMI’s of candidates and eyesight examinations to checking for anomalous joint angles and genital defects. Once candidates clear this as well, they will be required to fill in a form for the initial interview at their AS & RC. This is where all those extra copies of the documents and pictures mentioned earlier will come in handy and you will be able to complete the form and submit it the moment they hand it to you instead of later which will delay your interview further. The interview will be conducted by a senior officer of the rank of Colonel or Brigadier who will be accompanied by a psychologist of the rank of Captain (usually). Formal attire with a tie is recommended and it would do candidates well to brush up on general knowledge and current affairs. I would suggest refraining from putting up a façade of subordination because they always see right through it. Always remember this isn’t your everyday screening out process. You’re either it or you aren’t. There is no other way about it.

Once the interview is cleared, candidates will be handed a form along with instructions on how to fill it out. This form is for the Inter Services Selection Board (ISSB) which are a series of tests which span over four days and are conducted at one of three cantonments in Pakistan depending on the candidate’s place of residence and their particular AS & RC. These are Karachi (Malir), Gujranwala and Kohat. The tests comprise of psychological evaluations in the form of written tests and interviews as well as physical tasks with a team and a general evaluative interview with a serving officer from one of the three armed forces. The book on ISSB by Dogar Sons Publishers is highly recommended. Guidance from a currently serving officer might go a long way as well. Moreover, rope climbing, high jumping and stamina should be up to the mark. Like the initial interview, there is no hack to clearing the ISSB. You’re either it or you aren’t because the criteria required for a cadet is brittle and they don’t compromise on the criteria. For further details about the tests, you can either approach me or a currently serving officer in the Army. The Dogar Sons book also makes for a great guide.

Two days after the ISSB ends, you will receive a letter at home telling you if you’ve been recommended for selection or not. Upon being recommended, candidates undergo a

week long, detailed medical examination at the Combined Military Hospital (CMH) near their place of residence. The medical exam consists of both external and internal, comprehensive sweeps of the whole body. Sometime after the completion of this exam, candidates will receive a call letter instructing them to report to the Pakistan Military Academy on a particular date and time and a list of things to bring and what not to bring.

The Navy and the Air Force follow a similar process of selection albeit with differing physical requirements and final detailed medical examinations. For details or registration you can contact their AS & RC’s. I have provided their phone numbers and addresses below in Lahore. 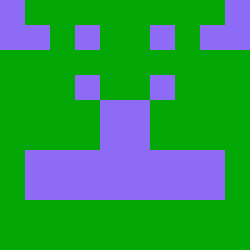