I must admit I have not read that many historical biographies. But Nancy Mitford’s “The Sun King” with its engaging narrative and lively humour is certainly one of a kind. Published in 1966, this work is both an insightful and fun read. Mitford reconstructs the life of one of history’s most influential and powerful personalities as well as the people that surrounded him.

First things first, the book is not an academic guide to Louis XIV’s life. Neither do I think Mitford intended for it to be read as such. The work however should be read for Mitford’s brilliant story telling. The work is indeed presented as detailed, interrelated accounts related with the most lighthearted of expressions .She hardly ever strays from this style of relation. The work to an extent demands a lack of seriousness. However it is not to be regarded as entirely frivolous for interwoven in Mitford’s narrative are particular thoughts and ideas which are worth giving some thought to.

On the other hand, as far as the historical aspect goes, the book still imparts a considerable amount of information, on both Louis XIV as well as the place of Versailles. Mitford does therefore succeed in giving readers a good sense of what Versailles and Louis XIV were all about. A fascinating time is bought back to life as Mitford’s pen skillfully draws from various aspects of 17th century French high society life to present a complex work that embodies both the light and the dark sides of this existence with the glittering world of Versailles at the center of it all.

Constructed between the 1660s and the early 1700s, the Palace of Versailles was the one of the biggest and most ambitious architectural projects of its time. It was home to three French monarchs before the revolution of 1789 transformed politics and society in France. The location of the palace, as we learn, carried a certain sentimental significance to Louis XIV for it was built where once his father’s old hunting lodge stood. The lodge itself was kept, but was incorporated into the palace by designing the structure in a unique envelope-like form. This fascinating fact and various such others provide an idea of the sheer amount of ingenuity and creativity that went into the making of Versailles. This did not just end with the building, but also extended to the fountains, gardens, sculptures and paintings that adorned the palace. Mitford gives a sense of Louis XIV’s commitment to Versailles. It was his brainchild, actualized through the efforts of the most skillful and talented of individuals. He wanted Versailles to be ahead in every respect including art, architecture and extravagance so that it would reflect the power and magnificence of the Bourbon crown. He imbued it in a sense with some of his own personality. He did succeed in achieving this. Versailles, both magnificent and imposing, has come to be regarded as a symbol of French imperial power. But as Mitford shows, it came to symbolize a great many other and not as glorious aspects of French aristocratic life. Versailles is also of course known as a site of great extravagance signifying the heights of ignorance which marked the French royalty and elite.

Mitford lays bare both sides of the picture. The book provides an understanding of just how extravagant a project Versailles was. A “city of the rich” as Mitford puts it. Her lens captures the general daily life at Versailles with its stress on appearances as well as its inclination towards corruption, wastefulness and gossip. She also magnifies it to provide details of Louis’ personal life such as his relationships with members of his family and his courtiers, as well as the conflicts and politics that underlay these relationships. It also widens to include Louis’ military endeavors. The book therefore has much to offer. One can acquire some insights on political, economic and social facets of Louis XIV’s reign, while more importantly also learning much about him as an individual.

Mitford’s presentation of life at Versailles is fascinating, shocking, enchanting and thought-provoking at the same time. Her wit and skill of narration is the key to maintaining balance between it all. I would highly recommend this book to those interested in French history, especially that of the French court. However even if you are not, I believe you will find the book incredibly enjoyable to read. Lastly, if you wish to read more of Mitford’s work on the French court after finishing this one, then I would suggest you read her biography of Madame Pompadour as well. 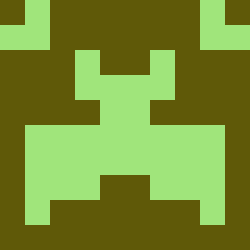