Choices and Obligations: To Undertake a Sense of Responsibility

When Dr. Arshad first addressed the burning question of campus reopening and declared the ethical standpoint the university had assumed during the 3- hour Zoom call, students were optimistic about having their demands heard at the Town Hall. After all, in the age of COVID, there is no doubt that the need of the hour is for compassion to be our guiding principle and to walk together to overcome the hardships we currently face. Yet, by the end of the meeting, the message remains lost in translation and the issue perhaps lies in understanding this sense of responsibility.

The fact that the administration has claimed an ethical standpoint on the issue is commendable. It is unfortunately true that we haven’t seen the same perspective come from a lot of leading institutions in either Pakistan or abroad, and it should be extremely reassuring to know that those leading the community at LUMS in these trying times believe in honouring these obligations. However, it seems as if the administration is not entirely cognisant of the true burden of responsibilities it is claiming to uphold. Of perhaps all the obligations that Dr. Arshad listed above, the legal appears to have most heavily influenced the decisions and actions of the administration so far–at the expense of the other responsibilities it lays claim to. The decision to shut down campus in March, the decision to disallow student presence on campus, and the decision to delay the start of the semester to September 15 were all mandated by the law. On the other hand, at the peak of the pandemic, LUMS asked its students to travel to campus in order to vacate their belongings from the hostels, quoting the need for renovations in anticipation of a fall semester that was already expected to be fully online. And then, following the extremely controversial ‘fee hike’ saga, the university chose to announce online operations for the semester under the same fee that students paid on campus last year, while details surrounding questions of expense allocation and cost savings are yet to be shared with the student body.

It may be true that the ethical and moral obligations demand much more of the caretakers of this community, but we must not forget that they also signify the more meaningful and important duties.

Living the new normal is easier said than done, a particularly tough reality to grapple with for many, as more and more students consider opting for a semester off. The prolonged ambiguity that has become characteristic of our shared circumstances proves to be perhaps the most damaging factor of all. While graduating seniors and the course of their lives following the online convocation are no longer a direct responsibility of the institution, countless students still enrolled with the university have had to alter semester plans, delaying courses and hoping against hope for an on-campus semester in spring. This hope comes largely out of their disappointing experience of a past online semester and the uncertainty as to whether or not the coming fall is more of the same–a hope they have not been given much solid reason to have in the first place. However, let us also not forget the unfortunate truth that in the aftermath of the deadly first wave of the virus, people have lost family members and loved ones, guardians and caretakers have lost jobs, and households are in shambles. It should not be difficult, then, to understand the frustration of the student body and acknowledge the need for clear, and empathetic communication to ensure at the very least a degree of normalcy and certainty for the hurting community.

It is equally important to remember the devastating impacts of the financial crisis. How an institution deals with this in the moment is a true reflection of the ethos it claims to stand behind. During the Town Hall, the administration relayed to the student body news of budgetary cuts, instated in order to forgo the annually scheduled 13% inflationary increase in tuition fees. Yet, it is too soon to forget the events of the ‘fee hike’ issue. In an email to the student body, Dr. Arshad wrote, “(The 12-20 CH) “cushion” of being able to take extra courses incentivized some students to take course overloads each term … While the total fees remain unchanged for students taking overloads, students who take less credits (12 CH) are in effect subsidizing those who take more (20 CH). It is fairer for fees to be charged for the number of CHs taken so that some students do not pay for others who opt for overloads.”

However, a major criticism has been how this fundamental change in the financial obligation of attending university came at the height of tensions over the pandemic in May. Furthermore, the proposed model discovered through an obscure fee voucher email, in effect, mandated students to enrol for the coming summer semesters if they wished to keep the annual cost of their LUMS education the same as it would have previously been, binding them to pay out more in fees while the rate of unemployment continued to reach new levels at the same time. It should evidently be no surprise to see how the new financial model, the justifications for its validity, and the incomplete reversal were perceived by the agitated student body when it was brought to light on online forums.

In fact, amidst the onslaught of layoffs, pay cuts, and mass downsizing the families and caretakers of students are seeing, the decision to not opt for an increase in the tuition fee is unfortunately not the same as a reduction. While the semester’s fee remains the same as last year, the income and financial stability of students and their families has only decreased in the pandemic or, for some, remained the same. A higher tuition fee applies to the freshman and sophomore batches in accordance to the new per- credit hour model that was not reverted for them, while students previously being supported by the financial aid program have had funds withdrawn at this particular time of need.

When Professor Ali Khan says in his article (https://www.parhlo.com/reopening-lums/), that “the worth of a community must lie in how it safeguards the most vulnerable in that community”, it is crucial to understand that the definition of vulnerability in these circumstances extends beyond physical vulnerability.

It should be a moment of great concern to see the situation boil down to a point where a large number of the student body pushing for the campus reopening actively chose to put their health at risk to justify paying the same financial cost of an on-campus semester. The onus to realise the severity of this crisis falls upon the university administration under the ethical standpoint it has assumed.

What is most important is to prove by example, by decision, and by action that the relationship between the student body and the university transcends one of a transactional nature. With the VC’s promise of meaningful updates, prioritizing empathy and forging a meaningful conversation on the foundation of transparency and accountability is vital to help the student body understand the decisions that are made and what they entail with clarity–if we are to truly inculcate the trust that the administration asks of its students. What is perhaps most important, is to understand the true essence of the obligations and standards LUMS holds itself responsible for maintaining. The bigger picture dictates that compassion be our guiding principle in these trying times. 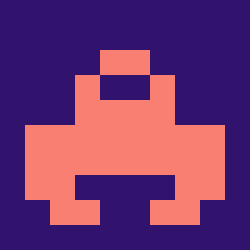