When you see students in marigold gajrays, white sheherwanis, students in Banarasi shalwaar qameez, and rangolis, you either think of a Desi Pakistani shaadi or at most, an elaborate Eid event. What you don’t think of is Diwali. Hum-Aahang, last Thursday, wanted to change exactly that.

Hum-Aahang, a student society of LUMS that aims to promote ideas of tolerance and diversity among the community, for this purpose, decided to celebrate Diwali at a scale larger than the previous two years..

Diwali is a festival that celebrates light as a symbol for victory of good over evil in the world. With strong ties to the lore of Hinduism, Diwali is most popularly associated with the legend of Ram and Sita returning to their kingdom from exile.

This regality was personified when the Central Courtyard of the Academic Block was sprinkled with flowers, lights, diyas and a beautiful artwork of Rangoli— a highlight of the night. With Kishor Kumar’s “Chala Jata hoon” being performed by The Music Society in the background, one could see how students and teachers alike all clapped to one beat.

The students, who turned up despite mid-terms, seemed quite enthusiastic about celebrating the event. When interviewed about their expectations, the guests said that they looked forward to learning more about what Diwali is about and thought the event was a ‘great initiative for minorities’ which would hopefully help combat extremism. A representative of the Student Council proclaimed the event as ‘absolutely amazing and absolutely necessary’ while hoping for positive feedback from the Hindu community at LUMs.

However, we must ask ourselves whether combatting intolerance should be limited to celebration of festivals in a way that they remain palatable for Muslims. Some might argue that an essential flaw in our approach to celebrating Diwali was that we missed an opportunity to celebrate Hinduism, a religion that is inextricably linked to the history and heritage of Pakistan. As one student pointed out, the event should be more than ‘just an excuse to party.’

A fair number of people attending the event seemed oblivious about what the festival of Diwali implied. A critique could be that sweets were included but the mentioning of the values of generosity associated with the festival were neglected. The aesthetic of the Rangoli was captured but the inclusion of Lakshmi and Ganesh in the decorations was missing. The clay lanterns were lit without acknowledging their religious significance and the sacred puja associated with them.

This leads one to question whether such an event was appropriating Hinduism. When posed with this query, most students seemed to think it wasn’t, while some appeared bewildered by the question. A number of attendees responded that it “probably” was appropriation but called it harmless since it was organized with good intentions of promoting pluralism in the LUMs community. However, a few students responded by critiquing the appropriation:

“I think it is. We know nothing about Diwali and are undoubtedly projecting our Muslim perspective on to this celebration which is supposed to be strongly linked with Hinduism.”

But Dr. Ali Raza, and Bilal Tanweer, both Assistant Professors from HSS Department, had a differing view. Bilal Tanweer simply frowned at the absurdity of the question while Dr Ali Raza complimented the reaction by explaining how closely linked Islam and Hinduism are in the subcontinent: “This is a part of our history. Alongside the area where Minar e Pakistan is currently situated, we used to have fairs of Ramlila. Our national poet, Iqbal, has praised Ram in his work. It hasn’t been long since that happened- only 70 years. Such events act as a reminder that this is all a part of our history, our heritage.”

Bilal Tanweer had similar thoughts on the matter saying,“There are many things in what we consider to be our national literature that we cannot truly comprehend without understanding such festivals. You can either chose to not understand your own history or open yourself up to these things.”  He added that in a country where Hindus are a marginalized minority, such events allow them the freedom of expressing themselves.

On the question of whether diversity should be reflected in admission policies, here is what Mr. Tanweer had to say: “That’s a different kind of question. It’s a question of what kind of institutional culture you want; one that furthers majoritarian thinking or one that allows for different voices to be heard and gives space to different forms of creative expression.”

This concept of ‘space’ was also emphasized by Hammad, a member of the organizing team, when he said, “At least LUMS should be a place where religious minorities can celebrate their events just like Muslims celebrate Eid.”

Moreover, to Hum-Aahang’s credit, they made the effort to point out the importance of applying ideas of inter-faith engagement beyond the bubble of LUMs when they thanked people for making the event a success in their Facebook post.

In the end, even if the marigolds were scanty and the rangoli got stamped on; even if the mithai ran out too early and half of the people showed up in T-shirts, the huge turnout was remarkable. In fact, it was LUMS little nudge towards building a place where you could say, “I’m different from you,” and not leave the other scandalized. And instead believe that ‘we’re all the same really’. And that is what Hum-Aahang wanted to materialize when it lit up the central courtyard on 19th of October, 2017. 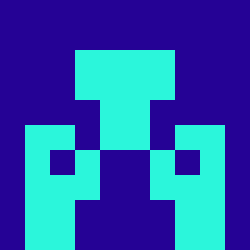