Don’t Be The Judge!

While looking at people there are many
comments that usually pop up in our minds. Everyone of us has always got something to say about people’s dressing, their way of talking, their style , their gait. we always find a way to point something about everyone’s every act!

There used to be a girl named Sabah in my class, about whom all of the classmates used to talk and there were never any good remarks about her that I said or heard from anyone. Whenever she entered the class while wearing untidy uniform and a ponytail that looked more like a bird’s nest, giggles would echo in class . She was thought of as too clumsy to be friends with . The regretful part is that it was too late when I came to know that Sabah’s parents died too early in an accident for her to even remember what their presence felt like.

She was living with her uncle but ever wondered who can  take better care of you than your parents ? Apparently it might seem like a story that is usually created to teach little ones a lesson. But the actual lesson is learnt when the story happens to you. So this girl Sabah was REAL ,who left the school before anyone in class came to know about her story but what she left behind was a lesson and realization for all of us.
Today , everyone accepts the reality that we live in a judgemental world. Do we not? But ever pondered over who creates this society. Are not we the society ? Are not we the judgemnetal world about which we complain? Humans are great critics. But this trait can only be beneficial if we become the critics of ourselves rather than people.
There is another thing at which humans are really good at and that is providing justifications. Even if anyone of us is doing something wrong, we would find a way to justify our act by supportive arguments. Rarely, there are cases when people admit their wrongdoings because this deep-rooted idea of being right and good enough always lies somewhere in our mind. Ever thought of using your this extraordinary power of justifying things for others ? so when we can justify and think of reasons to legitimize our acts then why can not we do this job for others and create a better positive world. The whole point is that we should be our best critics and should prove ourselves as best lawyers for others.
Life is not a piece of cake for anyone. It’s a struggle. Everyone is busy fighting their own battle. We can do a little good deed by making life less harder for people by just being understanding of their acts. There are always times when we are disgusted by someone’s appearance or anything they say but we must always think that ‘There’s much more to people than such superficial things’.In the end not the appearances but what matters is the kindness and the heart that contains it. 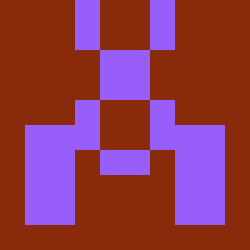