Highlights
THE LUMS POST–ISSUE IV | The Good, The Bad and The Ugly: Choosing to Stay on Campus | Forming Community, In Conversation with Anime and Manga at LUMS | Erudite Vernacular and Arcane Tripe: Addressing the Inaccessibility of Academic Writing | All Out For the Semester: PSL Postponement | Sophomore Candidate Profiles ‘21 | Campaigning In COVID: The Unique Election Experience of Freshman Candidates | Zoom, Mute, and Study: How Study Groups Help Students Stay Afloat During a Global Pandemic |

Despite my intention to major in English, after my first two weeks of freshman year, I was convinced that I did not know how to read.

Subjects I had studied for the past four years of my school life were suddenly cloaked in ambiguity as my professors assigned sixty-page supplementary journal articles, adorably termed “readings.” To my dismay, they were far from adorable – they were convoluted, dull, and extremely lengthy. Being the concerned first-year that I was, I spent hours in the library poring over a single reading and making meticulous notes: a feat rarely tackled by anyone past their first semester in university. I would ask myself: why are humanities readings so difficult to understand when in class, the professor demystifies the daunting jargon in the span of ten minutes, and the world makes sense once again?

As James Derounian, lecturer at the University of Gloucestershire, writes for The Guardian: “Academic writing resembles administration – in both cases, precedent is viewed as dangerous; best to stick to the plan, the format, tried and trusted.” This acceptance of the status quo extends to professors, academics and reputed journal editors, and thus sustains the inaccessibility of academic writing. In his article for The New Yorker, Joshua Rothman acknowledges this, contending that the system of academia is “a tightly-packed, super-competitive jungle,” which is why academics and professors produce work to impress rather than express. As a result, undergraduate students are left to struggle to get through a page of a journal article without stopping to reread it at least thrice.

Mariam Rizwan ‘24, an intended Econ/Pol major, echoes this sentiment, “I’ve never been much of a bookworm, and I’m a slow reader. So to read, understand, and make notes without unnecessary details was a concept that was difficult to grasp.” Freshmen, especially those studying the humanities and social sciences, enter university life with no knowledge of the barrage of incomprehensible work they would have to do before even entering the classroom. Rizwan elaborates on the extensive jump from college to what was expected of her in university. She says, “It is very overwhelming after A-Levels where readings aren’t compulsory and you can always catch up later. Here, you need to have done the entire reading to take an active part in class discussions.”

Incomprehensible jargon aside, another major issue with academic writing being inaccessible is its tone. Rothman argues, “Academic prose is, ideally, impersonal, written by one disinterested mind for other equally disinterested minds.” These “disinterested minds” are, indeed, other academics, because students’ eagerness to learn is often diminished by the over-intellectualization and general dullness of the writing, no matter how interesting the topic. On being asked how often her readings are interesting and easy to understand, intended political science major Zainab Shafiq ‘23 notes, “Very rarely. They are usually very monotonous, making it easy to zone out”. However, she feels differently during class lectures, where she realises the concepts were fairly easy: “The jargon in the readings made the theories extremely difficult to understand.”

On the other hand, over the past decade or so, academics have been gaining self-awareness about the system they reproduce in pursuit of prestigious tenure. In his research, comically titled “Consequences of Erudite Vernacular Utilized Irrespective of Necessity: Problems with Using Long Words Needlessly,” Daniel Oppenheimer argued that the usage of simple, uncomplicated language made authors appear more intelligent than those who used overly complex jargon. A professor of psychology and public affairs at Princeton University at the time, Oppenheimer received both positive attention and infamy for his research, which has since then been used to improve the writing of students worldwide.

Closer to home, a few instructors at LUMS are also aware of the inaccessibility of academic writing. Zainab Najeeb, an instructor of Pakistan Studies and Gender at MGHSS, elaborates on this: “Readings that are popularly inaccessible are also foundational texts which are necessary for discourse. Even if they are taught it is necessary to deconstruct them in the classroom to not only understand the crux but to enable an environment where one does not have to be fearful of jargon and can work collectively”.

Eventually, the shock wears off and we weather the abuse intellectual jargon inflicts on us, picking out the diamonds in the rough to include in our research papers and class responses. But as Derounian states, “Higher education is, of course, about learning, about broadening horizons but we do ourselves (and our students) no favours at all by writing arcane tripe that obscures rather than illuminates.”

Here’s to becoming fluent in arcane tripe – we’re in this together. 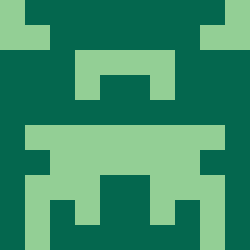 1 people reacted on this