A sunny evening beside the sea shore; crashing waves create a flow of mellifluous sounds so in sync, that they would put the sweetest of melodies to shame. The sun shines with gentle warmth and the wind caresses your body as you stroll around the sea side without a care in the world. Children licking on ice cream cones and munching on crisps wipe their hands clean at the expense of their swim suits; their mothers glare at each of them, admonishingly all the same

The two of them stood silent as the wind swept through her hair and kissed over his. He hadn’t spoken a single word nor did she expect him to. Exchanging flirtatiously nervous smiles as they always did, she inquired as to what he held in his hand through a flicker of her eyebrows.  With poetically eager reluctance, he put his left hand forth. His hand held a flower; red as blood.

A particularly quiet day marked by the chirping of birds and diffident purrs of kittens. A butterfly flutters its wings; wildly jumping from one flower to another. On the fairer side of the horizon is a pup; running in circles, wagging its tail all the while foolishly trying to catch up to it. A couple of toddlers at opposite ends of the boulevard happen to make eye contact. After exchanging glances for the better half of the evening, their eyes sparkle and they begin to grin at the prospect of a newly acquired friend. Each of them retreats back, one to his artistic scribbles, the other to his toy cars.

Lightning flashes in the distance. A loud clap of thunder follows.

A menacing tide rapidly emerges from the far end of the sea. Indistinct chatter immediately disperses into cries of despair; strolls turn into haphazard runs, some to the sea shore and some away from it. The unassuming children however, continue to lick on their ice cream cones. As the incoming monstrosity begins to take shape, a few cones splatter on the ground. Paralysis takes over and the children stand still, staring in shock, perhaps even awe. Love and tragedy race towards them, one of which would hope to see them lick their cones another day. But it was not to be; on this fateful day, tragedy, unfortunately, wins.

An imposing figure glides into the frame. Wielding a dagger in his hand he makes his way to the delightful couple. Pointing it against the maidens chin, he signals to surrender her jewellery. She obliges; handing over all but one pint sized, worn out ring. The man directs her to hand it over too, but she refuses, pleadingly. A few relentless swipes later our imposing figure walks away in one fit of cold vigor.

And our protagonists lay on the ground, motionless. The flower still red as blood, and their clothes, red with; blood.

The surface beneath his cars begins to shake. Unassuming and naïve, the little boy claps at the sight of this apparent spectacle of play. Soon enough however, his applause is cut short and so is playtime, perhaps permanently.

It’s six, but our second toddler doesn’t know that. Relying on his internal clock he waddles his way to the window’s side, eager to see his pal once again. It’s been a week now, since he last saw his friend. All he ever finds is chaotically scattered debris that lessens on each visit, and today was no different. He resumes playing with his toy cars, hoping to catch sight of his lost friend tomorrow.

Life is fleeting; make the most of it while it lasts. And for the love of God, get over your Grade Point Averages, there’s much more to life than that, I promise ( or hope at least ).

If you’ve bothered to read thus far, feed back and criticism are welcome, nay appreciated.
You may direct them at 19100045@lums.edu.pk
Cheers. 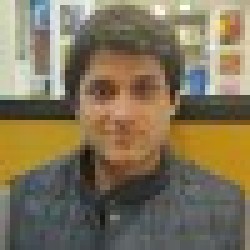 Latest posts by Shahab96 (see all)

2 People reacted on this