Falling in Love with The Fall

The plot line was borrowed by Tarsem from a 1981 Bulgarian film known as ‘Yo ho ho’. It’s a seemingly simple tale set in a hospital in Los Angeles, circa 1915, where an injured stuntman befriends a fellow patient, a little girl with a broken arm. The story develops however as the stuntman Roy (Lee Pace) starts to tell a story to the little girl Alexandria (Catinca Untaru) involving an epic adventure that changes as quickly as a child’s imagination. We are told the story through the narration of Roy but we see it through the imagination of Alexandria.

Hence, the characters of the story are mostly people that Alexandria encounters in her life. There is a masked bandit that she imagines as Roy and his heroic friends: an Italian explosives expert, a silent Indian warrior (who was supposed to be a Red Indian but Alexandria thinks he’s from India), an escaped African slave and Charles Darwin and his pet monkey called Wallace. They are all seeking revenge against the ruthless Governor Odious who has committed a heinous crime against each of the leading men in this tale.

We soon discover however that Roy has ulterior motives for keeping Alexandria around. He wants her to get him morphine so he can kill himself after getting rejected from the love of his life. The relationship that forms, one that may salvage the hopeless or destroy the hopeful, is one of the most remarkable cinematic duos for me.

However, note must also be taken that the making of the film happens to be just as awe inspiring as the film itself. It took Tarsem 7 years to make it and find production houses that were willing to fund it as well. After failing in that endeavor as the movie seemed to have no commercial appeal, Tarsem spent his own money to film in 28 different countries and create nothing short of one of the best movies of the year. I will end this review on another remarkable note: the director refuses to have used any graphics or visual effects, hence everything you see which will be seem impossible to exist (and that will happen quite often in the film) actually does exist in the world and actually has been captured by Tarsem in his debut movie. Even Alexandria’s dialogues are primarily improvised and her real reactions at different moments in the story are filmed.

The Fall with a seemingly simplistic story is an ode to cinema, cinematography and the idea that in an age of visual effects, something as raw and real as this can be made. I recommend everyone to watch this movie simply because its existence is a favor to all movie lovers and after the first screening you may realize that one watch is never enough with The Fall. 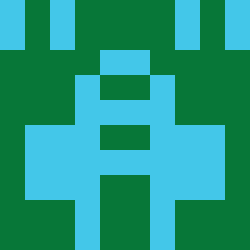 Noor ul ain
Professional procrastinator, escapist extraordinaire; and a serious movie junkie. I am actually quite happy in life, contrary to the impression my dark, twisted writing seems to set for me. So, here's to my casual oversharing and blatant misuse of creative license!