Why You Should Read Gotham Academy!

Gotham Academy is a gem of a comic book published by DC Comics that follows the adventures of a bunch of high school students exploring the mysteries surrounding their ancient school. Its Harry Potter meets Scooby Doo meets Batman! Imagine the “Meddling Kids” as high school students going to a Hogwarts in the famous Gotham City! If that doesn’t get you excited, I don’t know what will.

Gotham Academy is an all ages book! This is not to say that the book is geared towards children as is the case with most “all ages” books. The book can be as simple as can get for its younger readers but the world building and the characterization is detailed enough for those looking for something more. It will keep all its readers interested and manages to excite both hardcore fans and casual readers with its detailed plot.

Gotham Academy boasts one of the most diverse casts of lead characters in a comic book. Among the five lead characters that the book focuses on, only one is a white male student. Diversity and ethnic representation however is not what makes these characters stand out. The characters are as real and relatable as can get. Each character acts and reacts like you would expect a real teenager to act. They’re not just 2 dimensional high school stereotypes, each character is well fleshed out and will definitely remind readers of someone from their own high school days.

Comic books, especially those published by DC and Marvel are typically action, super-hero books. Even when they aim to do something different, the super-hero action element remains the dominant one. With Gotham Academy, DC has produced a comic that focuses on a bunch of extremely normal people (or not?) living in a world where Batman patrols the streets at night and Superman flies during the day. Gotham City, the city where the book is set, itself has become symbolic for its darkness, injustice and madness thus making Gotham Academy a breath of fresh air for readers, this is not to say that the book does not utilize the spookiness of Gotham to its advantage.

As I mentioned, the book is set in Gotham Academy, an ancient boarding school in the famous Gotham City. The city which earned its fame due to its vigilante protector who is known by many names: the caped crusader, the dark knight or just the Batman. Hardcore Batman fans will not be disappointed in the references to Batman or his incredibly popular Rogues Gallery. Fans of the incredibly popular Batman: The Animated Series will be in for a treat as the book makes numerous subtle references to the popular animate series. However the book does not overdo the references and explains all that is needed for the plot. Readers who are not familiar with the animated series or even the mythology of the city will find sufficient information to keep up with the story and will not miss out on any important plot detail.

The Art is to Die For!

Gotham Academy has a unique art style that suits the tone of the book perfectly. The art by Karl Kerschel looks a lot like the art style used by superhero animated series and is incredible pleasing to look at. The detail given to the school building and the background adds to the appeal of the book and makes a good way to add subtle Easter Eggs. The art also perfectly captures the facial expressions of each character helping the already realistic characters come to life. 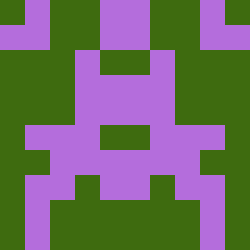