How We Think About Seeing

‘How We Think About Seeing’ is a reflection of Nicholas Mirzoeffs thoughts about how seeing is not as simplistic as it appears to be. It is, in fact, a deliberate action rather than a naturally occurring process. According to the author and the findings of Descartes, the images we perceive are perhaps not just the doing of our eyes but that of our brain which can then be referred to as ‘judgment’. What the writer possibly intends to convey is that we do not see things in their actuality because our brain continuously tends to alter our observations according to our preconceived notions or previous understandings of that subject. This was also the idea Donald Hoffman tries to conceive in his TED talk ‘Do we see reality as it is?’, where he cites the simple example of a cube sketched on paper. Although it’s a two-dimensional shape from the looks of it, it is our brain that in reality processes the image as a cube and enables us to see it as one which, in turn, lends credence to the statement of Nicholas that ‘we do not actually see with our eyes but with our brains’. This somewhat appears to be a valid proposition because we may not view things in the same way as the factors influencing our observations to vary depending on how we choose to make sense out of things. The writer also advocates that we are continually learning to see things which suggest how our views and prejudices, our culture, moral values, societal norms, or even widely held beliefs reflect upon our thoughts and decisions, consequently influencing our perspectives. Since they are so deeply embedded in our fabric, we follow them unconsciously and make impartial observations that we are unaware of.
The author also embarks upon a somewhat relevant subject of consciousness as being the prime reason of the realization of our existence. In Descartes famous aphorism ‘I think therefore I am’ lies the irrefutable testament to our existence, therefore, exhorting us to approach every other matter with a sense of inquisitiveness. A more vivid elaboration on this can be found in Bertrand Russell’s analogy with a teapot where he claims that if he were to suggest the existence of a teapot between Earth and Mars without any supporting evidence, then he would be accused of talking complete nonsense. But if the same proposition is made in our ancient books, taught at schools and universities, and inculcated in our minds through all means, we would readily believe in its existence and barely question it. In fact, anyone viewing it skeptically would be rebuked as a lunatic. This example is not only the paradigm of how the reality is cloaked under our perceptions, but it urges us to dig deeper than the surface meanings, to view things through different lenses and always question their state of being.
Also, the exemplifications that the writer provides us with can be reflected upon for instance the video test of ‘Invisible Gorilla’ and Wittgenstein’s duck-rabbit drawing further expands on this viewpoint by conveying how our focus on one thing can affect our ability to focus on other equally significant aspects of it. Therefore, it calls upon us to assume responsibility for how we see things rather than blaming it on the external factors. Wearing a lens of prejudice or stereotypes will only show us what we are choosing to see while obscuring the actual nature of things. Thus the writer enlightens us throughout with the complexities of a seemingly simple task as ‘seeing’ which in turn requires us to broaden our perspectives, break away from the herd mentality and not derive satisfaction from the certainty of black and white, but to delve in the gray. 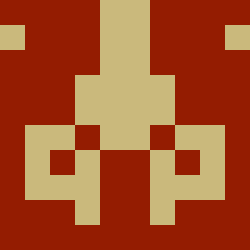