I woke up in the morning and felt a chill in the air. That, coupled with the sounds of the helicopters overhead, signaled to me that something was wrong. I unlocked my phone to read a friend’s messages; alerting me of the attack on the Agricultural Training Institute, killing around 12 people- mostly students. The heart-sinking moment immediately triggered memories of another such story, in a December not too long ago.

16th of December was a normal day in the Army Public Girls College (Peshawar). Until about 10:30. Our recess had been cancelled, and naturally, we were furious. That was until our teachers explained the reason behind it; there had been a ‘firing incident’ at the Boys branch. Even then, we kept saying it was probably a small incident… Maybe some boys had started a fight because we all know how far boys can go in their petty feuds. Soon, our parents were called to pick us up. That made us wonder what on earth was happening beyond the walls of our school. And then, they told us.

“Of all the hardships a person had to face, none was more punishing than the simple act of waiting.”

Teachers running around tense. Guards alert with their weapons in hand. And girls crying; crying for their brothers, their mothers, their families. The worst part? No one could comfort them; no one could know who was safe and who was not. We didn’t even know the severity of the attack then. That we found out when we all reaches our homes. 144. The (official) number of families that had forever been ruined on that treacherous day.

A part of me died that day. Watching the news shattered me. It broke me in a way that can never be undone. Hearing about the death of my class fellows, friends’ families, family’s families… I stopped talking for some days. I just cried. I cried for a week, until Sunday: the day I met the families of few of the martyrs. I stopped crying then. I stopped crying when I saw them smiling; eyes filled with tears and reverence, while they told us about their loved ones; their bravery, their memories… I saw their strength. I witnessed their resolve to honor their sons by being brave. I saw their sadness when they talked about the ones they had lost, and I saw their pride when they told me the moving stories of the martyrs.

Narrating her mother’s story, Madam Shahnaz Naeem’s daughter, Miss Omama Naeem says that although their hearts ache, they are proud of their mother, for what she did was something no one could have done. She had the chance to hide; but she stayed and stood up to the terrorists. As they stormed into the school, Madam Shahnaz was in a computer lab with her students. They locked themselves inside, but unfortunately, the gunmen found that spot and broke in. At this point, the brave teacher rose, and said to them, “They are my children. You cannot hurt them. If you want to hurt them, you have to go through me first.” They shot her right then. It is worth mentioning that she did this while her own son was out there in the school, probably waiting for his mother to rescue him. Luckily, he was saved and continues today, to go to the same school.

There are many other heroic tales of the teachers saving their students; and taught by such courageous and selfless teachers in that very institute, the boys of APS exhibited unmatched valour that day. How passionately the boys fought the terrorists to save their friends and fellows. Some of these boys like Umar Hayat Shaheed and Mubeen Shah Shaheed, were martyred and the survivors carried the word of their selfless deeds. Others, like Mubasher Khattak survived to tell the tale themselves. Mubasher tells us that on the morning of 16th December was his last exam. Halfway through, the students in the examination hall heard gunshots. Before they got the chance to run, the terrorists had already arrived there. As they broke into the hall, one of the monsters whipped out his knife and held it on Mubasher’s friend’s throat. Mubasher could not tolerate the sight of it. He plunged forward and snatched the knife, giving his friend enough time to escape. As the terrorist recovered from the momentary shock, he pinned the Kalashnikov on Mubasher’s face. He pulled the trigger. As Mubasher lost consciousness and fell, the terrorist left, assuming him dead. Fortunately, as the rescue workers came into the hall after a while, looking for signs of life, they found Mubasher and rushed him to the hospital.

Today, we ask ourselves; have we avenged the martyrs of this attack?

On the very eve of this attack, Pakistan Army launched massive strikes on the Taliban at the Pak-Afghan border. A year later, in December 2015, four terrorists involved in this attack were hanged on the orders of the military court. These efforts are indeed commendable. Those affected by the attack say they appreciate the government and the army’s attempts to compensate them; these included the monetary compensations as well as other activities arranged by them to help the survivors and victims cope with the psychological trauma and of course, the execution of these terrorists. Yet they say that the government needs to work harder to not only find but also eradicate the root cause of this extremism prevalent in Pakistan. Indeed, within three years after this attack, despite the Federal and Provincial governments’ claims’ of securing the country’s educational institutes and despite the actual measures taken by them, Pakistan saw numerous small-scale attacks on educational institutes, and at least two major ones in the same region; on Bacha Khan University in Charsadda and recently, the Agricultural Training Institute in Peshawar. The National Action Plan, formulated in the month following the attack, is yet to be fully implemented. Parts of it, like capital punishment for terrorists, verification of sims and expulsion of unregistered Afghan refugees were expedited; yet the core targets such as Madrassa reformation and banning of elements perpetuating sectarian violence remain dubious. Other important steps, like the revival and strengthening of NACTA, are underway; on December 8th 2017, the ISPR assured NACTA its full support in eliminating terrorism. Following the attack on the Agricultural Institute on December 1st 2017, the Senate Standing Committee on Interior expressed its concerns and demanded the government review the National Action Plan and its implementation. What the country needs at this point, is a government with unwavering determination and a nation with unshakeable resolve.

It has been three years since the darkest day of our history. While Omama moves ahead, knowing her mother is watching her from a better place, and Mubasher gets on with life, with the newfound strength this encounter gave him; the memories of that day still haunt us all. We are reminded of it every single day as we go to our schools and colleges – surrounded by jumbles of barbed wire – stand in queues for the checking as if we have entered a fortress or perhaps, a prison. These educational institutes are meant to be places of learning, radiating warmth and a certain aura of hope. Until and unless we manage to secure our centers of hope and our future – our students – once again, we have not truly avenged the martyrs of the APS attack. 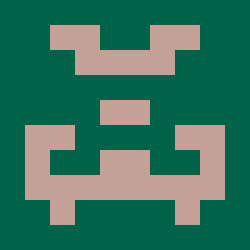