“The only dream worth having is to dream that you will live while you are alive, and die only when you are dead. To love, to be loved. To never forget your own insignificance. To never get used to the unspeakable violence and vulgar disparity of the life around you. To seek joy in the saddest places. To pursue beauty to its lair. To never simplify what is complicated or complicate what is simple. To respect strength, never power. Above all to watch. To try and understand. To never look away. And never, never to forget.”

On September 23rd of 2012, the janitorial staff of LUMS refused to enter the campus premise until they were not given their rightful minimum wage which had elevated from 7000PKR to 9000 PKR in accordance with the Minimum Wages Act passed in July of the same year. As most readers, are already aware the janitorial staff in LUMS is outsourced while the PDC, guards, and class room staff are directly employed by LUMS. In 2012, the company which LUMS outsourced its janitorial staff from was BROOMS. The protest was dispersed by BROOMS with the threat that either the staff continue to work on their current wages or go home. The plight of the janitorial staff was taken into account by some students without whose efforts I wouldn’t be writing this story. The prominent leaders of the student resistance were Asad Ayub, Wasif Ghazzali and Marium Khwaja of the Law batch of 2013. Asad Farooq, a former Associate Professor at the Law and Policy Department, was also an instrumental figure in organizing the collusion between the students and the staff. The matter started with a petition drawn by these students, which in simpler words, wanted the LUMS administration to own up to the plight of its janitorial staff as the nature of sub-contracting is such that both parties could evade responsibility.

LUMS argued that since the workers were not direct LUMS employees, their wages were also not their concern. The students, on the other hand argued that LUMS, being an institution which prides itself on basis of the values of humanism, has the moral responsibility to ensure that the sub-contracting company which it has hired is abiding by the larger legal framework. Furthermore, it was argued, that LUMS had strong ties to industrialists who owned Packages and Descon, and BROOMS, at that point in time, was supplying labour to both hence LUMS had the leverage to make sure that the required minimum wage was paid. Moreover, none of the staff at BROOMS had contracts which is illegal and many staff members were employed by LUMS, before the sub-contracting company came in and they were transferred over to BROOMS, a transfer I have reason to doubt they were even made aware about in terms of the dynamics of subcontracting, considering whenever I have spoken to the MBM staff regarding the distinction between MBM and LUMS in broader terms of their employment, they seem confused to say the least.

It is also vital to mention that at the time of the protest the staff’s pay was three weeks overdue. Also, needless to mention, since this remains common practice to this day, the staff were subjected to various pay cuts on account of being late, wearing the wrong shoes, and of course for slacking. Such measures of accountability were strictly overseen by certain members of the administration who remain poised to their mission to this day. Due to these pay cuts the average janitor was taking around 4000-5000 PKR home which equals to a 2000 PKR salary reduction which is remarkable to say the least.  Adding on to this, according to Mr Asad Farooq, the staff was exceedingly over worked because a campus as large as LUMS could not do with only 86 janitors and even before the protest the staff was picking fights with the admin. Furthermore, Wasif Ghazali elaborated that when they contended LUMS about the minimum wage issue, the administration argued that they were paying BROOMS 11000 PKR per janitor, and so BROOMS could meet the minimum wage requirement, however, the 11000 PKR were supposed to cover the toiletry expenses as well. Most other companies wanted 14000 PKR per janitor, in order to meet the minimum wage standards, making BROOMS the cheapest option.

The story continues on the 23rd of October of 2012, when 16 janitors were fired without any prior notice. Most janitors who were fired had served around six to seven years in employment. Of these janitors, one was Rasoola Bibi, who had worked in LUMS for some 16 odd years. On the morning of the 24th, when she came on campus, she was told, she didn’t work here anymore. And just like that more than a decade and a half of service was dismissed without even a notice, let alone any sort of compensation. The student movement horrified by this desperate attempt at right sizing, in order to meet the minimum wage standards, started a social media campaign, popularizing Rasoola Bibi’s story on a Facebook page called “Not Just Brooms”. The student newspaper, “the Harbinger” also did a story on the 16 janitors who were fired. Express Tribune and other weeklies like Pakistan Today also briefly covered this story. The student movement drew up certain demands which specifically stated:

Other demands included a clear policy outlining the dynamics of job security, working hours and EOBI coverage. Furthermore, they called for the formation of an oversight committee in order to protect the janitors’ rights and also called for a Student Ombudsman Committee in order to hold the administration accountable. The idea was that if the demands were not met, weekly sit-ins outside the VC’s office would be demonstrated as peaceful form of protest. However, only one such sit in was organized after an open house with the then VC Adil Najam. Eventually, under popular pressure LUMS shifted from BROOMS to MOPS, however, ironically MOPS was also owned by the same Mr Sohail (as mentioned in the students’ petition) who owned BROOMS so this was regarded by the student movement as only a PR move. LUMS, therefore, after much disdain switched finally to MBM with the assurances that the staff will not be subjected to the same pay cuts as before, a claim that continues to remain problematic.

The 16 janitors fired, however were never compensated for and even though the student movement tried to mobilize them on the platform of the Labour Education Forum, an NGO which aims to educate labour about its rights, because of the general environment of fear due to the dissolution of BROOMS and dismissal of 16 colleagues, such a mobilization never materialized. Furthermore, to this day no formal contracts exist with the janitorial staff. As one janitor who is I will not name frankly put it, “Theykaydaari hai ji, jub dil karay naikaal dein.” In retrospect, the questions that need to be asked should be centered on the nature of sub-contracting itself and whether such form of blatant exploitation can be justified by an institution which preaches the ideals of tolerance, acceptance and integrity. If this is not the “marginalization” and “otherization” we so vehemently oppose to earn CP points in classes, then perhaps we need a complete reevaluation of where we stand as a community, when we can’t stand for the people who make this place “home”. 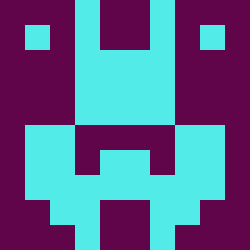