“It is a very tough situation to deal with,” said Ali Khan, Associate Dean of HSS, when asked about the infringement of academic integrity that has come up in abundance due to university going online in its entirety.

Academic dishonesty has turned out to be a major hassle for instructors in all of the four schools at LUMS. In Spring Semester 2020, many courses saw unprecedentedly high means and grade boundaries, and a number of students blamed cheating as the biggest reason for it.

Taha Waseem ‘22 said, “The mean for Calculus 1 this spring was roughly 20 percent higher than last spring without any substantial change in difficulty level.”

With another full-fledged semester announced online, student resentment over academic dishonesty has sparked and there seems to be no quick fix for it from the faculty’s end.

“Maintaining integrity is the responsibility of the students,” said Omair Haroon, Assistant Professor at SDSB. He added that even though the instructors have tried to make things better from their end by asking students to turn on cameras during exams and quizzes, the logistical constraints and a diverse student body has hindered them from achieving a system that is completely foolproof.

Mohsin Bashir, Associate Professor at SDSB, said “Any aggressive action by the faculty in this crisis to curb cheating is regarded as inconsiderate and is not well received by the student body because there are expectations from instructors to be more understanding in such a situation.”

Bashir mentioned two ways of going about the problem but did admit that he was not sure of how to make them practical. He said, “Firstly, in order to curb unfair practices, we need to overhaul our teaching methodologies that originate from the era when technology did not exist to make them more relevant to the current day and age.”  He further added, “There is also a pressing need for an ethical realignment of our student body along with making things less transactional and grade centric.”

While Bashir’s recommendations are more relevant than ever in this day and age, he accepts that adopting these will take a long time. He labeled the current situation as ‘complicated’ and said that the situation was a cause of concern for him and many more faculty members.

Many instructors have tried shifting to oral assessments in the online semester to prevent unfair practices. However, instructors argue that viva voce and real time virtual interactions cannot be implemented on all courses and written exams are inevitable for students to grasp concepts in certain courses.

Haroon said, “While viva worked in my Auditing course and ensured fair assessment for every student in spring, it is hard to replicate the same model onto POMA, which I will be teaching in the upcoming semester. POMA has a lot more to do with numbers and a viva is unlikely to be effective for this course.”

Other instructors are trying to shorten the amount of time allowed to students during exams to prevent unfair practices. Muddasr Razzaq, assistant professor at SSE said, “shorter time durations ensure students remain focused on their own work and do not go around helping their peers.”

Fall may present a bigger challenge because instructors will be assessing students online from the very beginning. Many instructors including Haroon and Razzaq conceded that irrespective of the number of measures we take there will always be a possibility that the student gets his exam done from someone else and it is almost impossible to hold a student accountable in such a case, for there exists no easy way of proving it.

Students have also tried justifying academic dishonesty by saying that they have no option but to cheat because they do not have an equal opportunity to succeed in an online semester as their fellow students.

Abdul Rafay ‘22 says, “an unstable internet connection and increased load shedding in my area had put me at a significant disadvantage over my peers last spring and I had to reluctantly indulge in unfair practices to ensure parity.”

While instructors are working on innovative ways of assessing students that are less prone to cheating, things are far from being perfect. Many instructors, too, acknowledge the intricacies involved in such a situation and urge the students to maintain integrity in their academic practices online to ensure a fair system for all. There is only so much that the instructors and the administration can do in the face of a global pandemic to curb academic dishonesty, and the only effective way forward at present seems to stem from students taking greater amounts of responsibility. 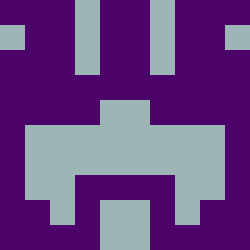