INTL LUMS student quarantined in Riyadh on her flight back home

by Maira Asaad and Humza Siddique

Suspicions of COVID-19 affected PIA’s flight to Jeddah as all passengers were quarantined in Riyadh for two weeks. 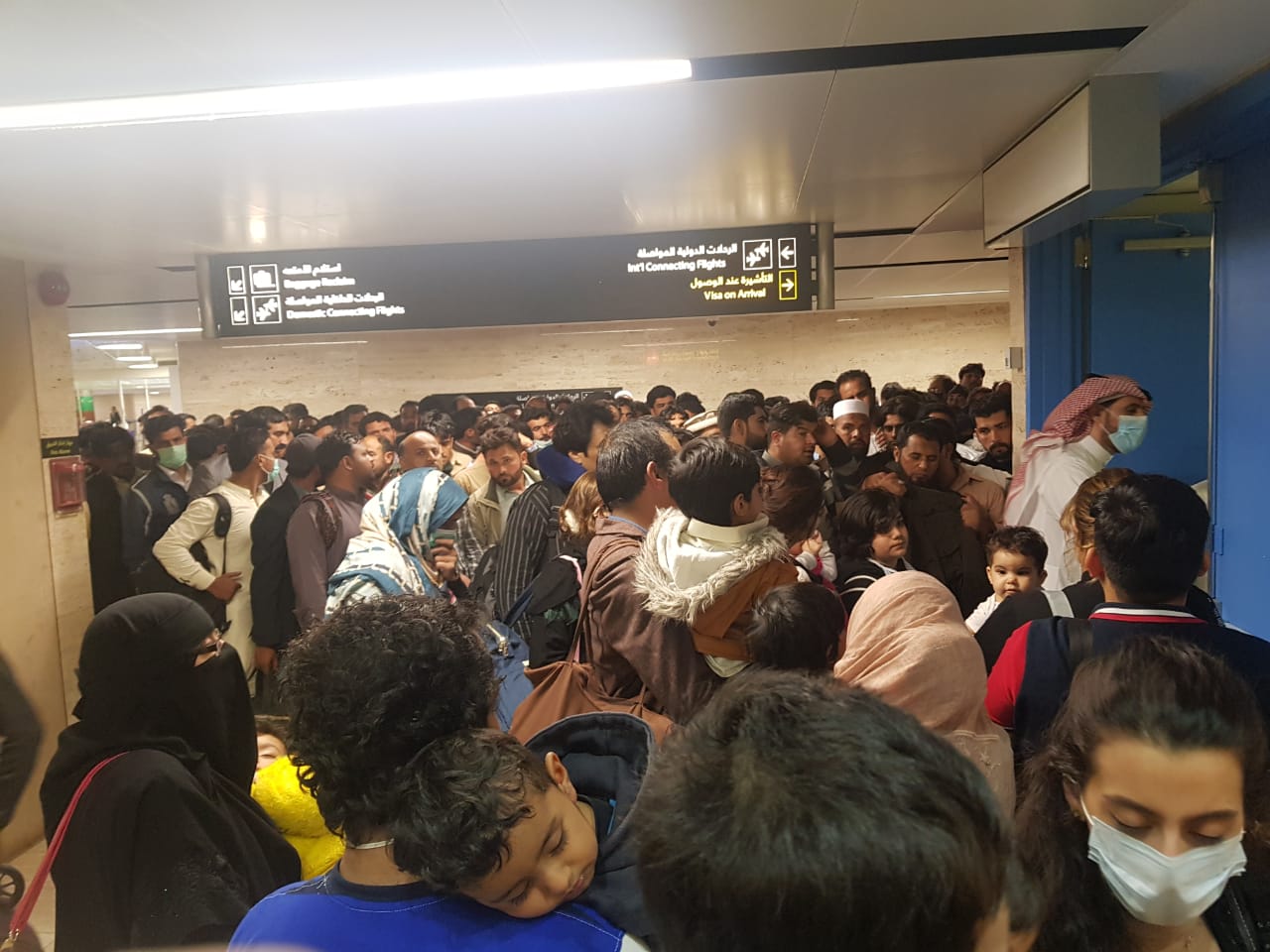 [Passengers from the PIA flight being led out of the airport to Golden Tulip hotel, where they will be kept in isolation for 2 weeks]

Following the closure of LUMS, students booked flights to return to their respective homes for a mandated isolation period. Mahnoor Ismail ‘21, an undergraduate student at LUMS, was one of the international students set to return to her home in Jeddah, Saudia Arabia.

On March 15, the day of Ismail ‘21’s flight, the government of Saudia Arabia  announced a suspension of all international flights for the next two weeks. Only residents were allowed to fly back to the country.

Expecting to return to Jeddah that day, Ismail ‘21 was concerned when, upon landing at Riyadh’s King Khalid International Airport, passengers were not allowed to depart for their homes. A mandatory screening for the virus followed – passengers were asked to fill in COVID-19 screening forms after they landed at the airport in Riyadh.

“We didn’t know what would happen. They [the airport officials] were mostly Arab and very few of them could talk in English. Eventually, I found comfort with the women. There were just four ladies with families in an otherwise male-dominated group of passengers.”

To add to the anxiety of the situation, she added, “I didn’t have any Riyals on me, and my [phone’s] battery was low.”

After 12 hours of delays and little communication, the passengers were transported to Golden Tulip, a 4-star hotel in Riyadh, where they were told they would be kept for the next two weeks in quarantine under government mandated orders. All expenses for the duration of the stay would be footed by the KSA government. Meanwhile, passengers would be tested for COVID-19.

“The test was pretty disgusting. I knew what to expect because I’d seen a video online.” 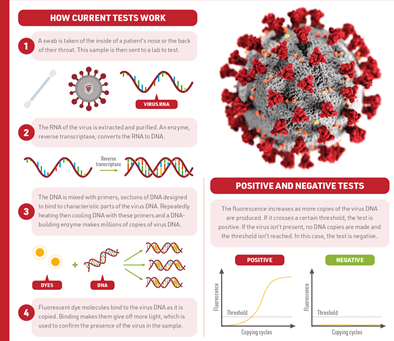 To get tested, all the passengers were called into a testing area in the hotel, where they would form a queue. Both masks and gloves were worn as precautionary measures, though no distance between individuals has been specified.

According to Ismail ‘21, the results, returned days after their arrival in Riyadh, have indicated that all passengers tested negative for the virus.

Ismail ‘21 says she’s kept busy in the conventional ways, “I eat, I watch shows on Netflix, I waste around time. I call people. I call my Mom, and my Chachu calls me every day.”

She adds: “I also want to sing. I love singing when I’m alone, but the walls aren’t very soundproof. I can’t sing because I don’t want other people to hear me. I’ve learned how to juggle, though! It took me 4 hours to learn.” 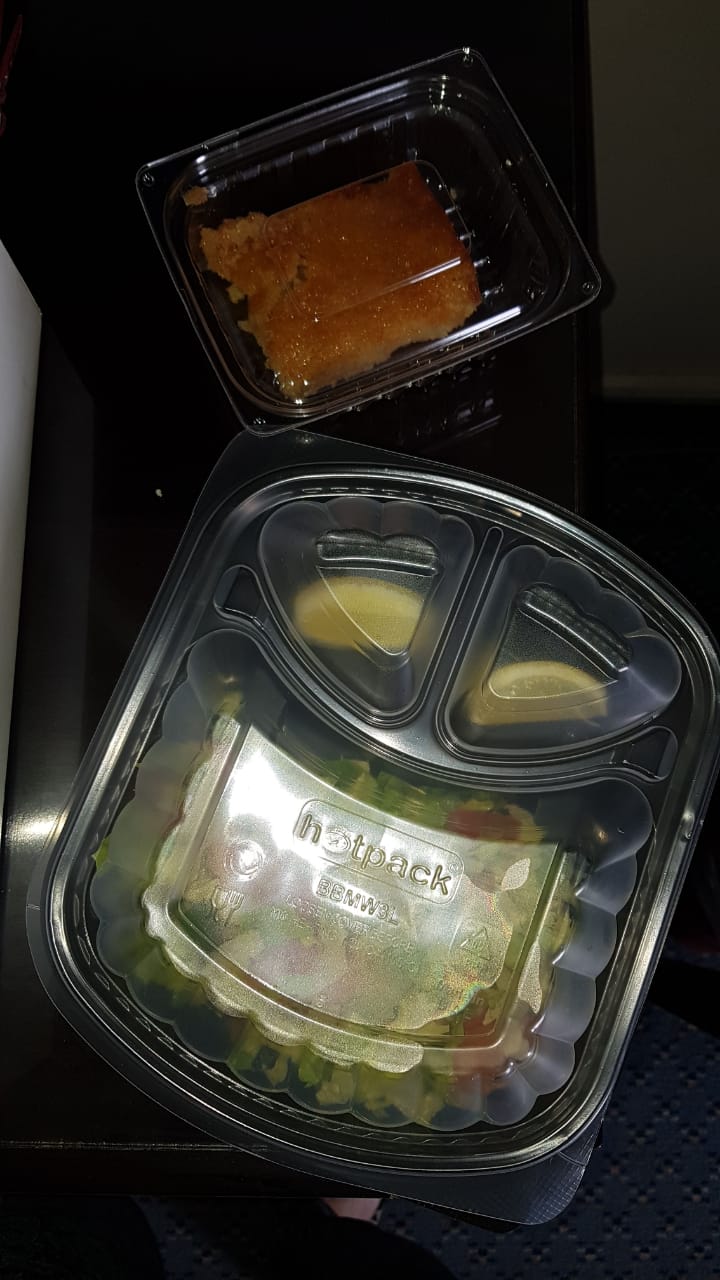 Scheduled items in her day look like this: breakfast, lunch and dinner are delivered to her room at 8 a.m, 2 p.m and 7 p.m. respectively. On the daily, around 9 a.m, a woman comes in to take her temperature. The routine has taken its toll on Ismail ‘21:

“Last night, I felt like I was losing my mind. The only interaction I have is with the person who brings me food, and he changes every day.”

Interaction, naturally, has been limited. Beyond answering the door, and receiving items from visiting family members in the lobby, where a distance has to be maintained, Ismail ‘21 has been alone. Despite the solitude, she is attempting to make the best of her situation. “I’m taking comfort in the fact that even if it isn’t the best case scenario, it’s still better than most. I have three meals a day, I have my family living 15 minutes away, even if I can’t meet them physically,” she says.

Ismail ‘21 has also been documenting her isolation on Instagram as a way to pass time, but certain responses to her situation have been frustrating for her.

“People felt sorry for me being alone. They were replying by saying that they would have gone insane if it were them. I clearly did not look insane, so why were they mentioning that on [Instagram]? … Why would you bring up the not-positive part to me when I’m trying to stay positive?”

But amidst wrestling with what are now the globally shared challenges of isolation, the situation has brought Ismail ‘21 an unexpected companion. She mentions having made friends with an elderly woman, Arifa Nasreen who sat next to Ismail ‘21 her flight.

“I called her in her hotel room, and she said that she was bechain (uneasy). I told her she could talk to me whenever she wanted to.” Since then, the two have been in frequent communication with each other, although none of the passengers step out for physical interactions over fears of the virus.

As the pandemic grows across the globe and more countries shut down for indefinite periods of time, the uncertainty of extended periods of isolation stir further anxiety. “I’m just really looking forward to going back home,” Ismail ‘21 said.

Mahnoor Ismail ‘21 is still at Riyadh, completing her two weeks of isolation, before she can return home to her family. Another test will be conducted before the release.

Update: Ismail ’21 has safely returned to her home in Jeddah after completing 2 weeks of government-sanctioned quarantine.