A few years ago, November 9 for me was a public holiday in remembrance of a man who helped build Pakistan but Jinnah understood him and became Quaid e Azam. ‘Muffakir-e-Pakistan’ has the power to transform you completely.

(The real aim of any form of art should be to develop the longing for an ultimate life. It’s not art if all it does is to spark the feelings for a moment or two and then subside – Iqbal)

Iqbal’s poetry itself goes in line with how he defines art (hunar). Even though I have only began to perceive his thought process, the impact it had on me is incontestable. He raised daunting questions. Who are you? What are you here to do? Are you following or evolving? Learning or emulating? Is God really how we reckon and life really how we accept?
What truly sets Iqbal apart is his idiosyncratic existentialism. His experiences were shaped in a pluralistic society of British occupied India and modern European thought. His use of Muslim idiom and symbolism in poetry doesn’t confine it to a religious context. His social, personal and reflective context are equally important but he aims for a true intellectual freedom. His is poetry that makes understanding Islam easier, ‘tafseer‘ I call it. He aimed to reconstruct religious thought. He writes in his book ‘’stray reflections’’ that, ‘’Islam is not a religion in the ancient sense of the word. It is an attitude – an attitude, that is to say, of freedom and even of defiance to the universe. It is really a protest against the entire outlook of the ancient world. Briefly, it is the discovery of man’’.
Then he says:

He says it’s not trade but worship and your worship will only be true if you are doing it for God’s sake and not for Sawab, Jannat or anything other benefit. It was my skepticism for this verse that urged me to concentrate, if not sawab, not jannat then what? Why pray, ever? It’s for the love that you do, and nothing else.

Desiring something worldly makes it a barrier between you and your aim, if you truly want to fulfill your desire then finish it and you will get what you wanted. Then it goes, don’t desire World or Paradise and you will get both.

”If my father Allama Iqbal were alive today he would be a lawyer or judge and getting beaten up by baton-wielding jaahil police jokers” – Doctor Javaid Iqbal. I can’t help but agree with this. Alas, the Ulema of the subcontinent have neglected the ‘dynamic’ aspects of Iqbal’s thought due to considering him just a poet or philosopher. Time flows like a stream and does not stop at any moment. Hence more the reason that our notion of religion as a life renewing force is enriched and the conventional views are revised and the conflict between religion and the spirit of changing times is harmonized.

Nations are born in the hearts of poets; they prosper and die in the hands of politicians. We should probably do as ‘Hakeem-ul-Ummat’ suggests ”Give up waiting for the Mehdi – the personification of power. Go and create him”.

To be noted: The views expressed in this article are those of the individual writer and do not represent those of LUMS Daily Student. 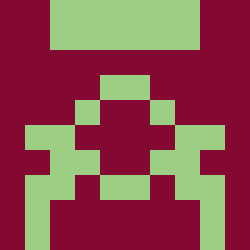