M-2: On the Spaces We Occupy

Few spaces in LUMS have sparked such rigorous discourse in the past few weeks as the dormitories of M-2 have. While the reasons for this debacle are many-fold, ranging from the high number of admissions to the broadening of the room allotment criterion, it has led to the fact that around one hundred female day-scholars are unable to get space in the female dorms. The same is not true for male day-scholars who, also due to reasons outside the students’ control, have been accommodated fully into the hostels.

LUMS houses seven dormitories allocated to men, and five to women. Subsequently, the decision to accommodate the hundred or so female day-scholars arrived first on boarding up a floor of M-7, an option that was rendered unfeasible, and later, after considering the statistics and practicalities of accommodating around one hundred women, rested on M-2 by virtue of it being the only dormitory to fit the criteria.

While M-2 does house undergraduates, the majority of its residents are Masters/graduate students. M-2 occupants stressed upon the vested interest of the administration in terms of the academic program they were enrolled in. Speculations on their part suggest that M-1 was not chosen because MBA students were residing there, which is marketed as the most prestigious post-graduate degree offered at LUMS, as opposed to other graduate and Masters students living in M-2. Multiple residents were emphasizing that post-graduate students generally feel a disconnect with the rest of the community and such a decision against their interests was reflective of this increasing exclusivity.
Furthermore, M-2 students were also unhappy that the first meeting to decide the fate of the hostel was held without any formal notice through conventional modes of communication like email.
It should be noted here that while shifting to Askari apartments was presented as a possibility, the residents of M-2 were asked to relocate to a different room, with a compensation of what was initially Rs. 17,000 being increased to the final sum of Rs. 32,000.

During the course of this past month, three open houses took place, of which the major one was held on 25th September 2018 in the M-2 common room, where the Dean OSA, ResLife Committee members, M-2 residents and some female day-scholars were present. Two days later, in a petition forwarded to Dr. Adnan Khan and the Committee, the residents of M-2 stated their views on triple occupancy in female dormitories, arguing that if they had lived through the experience of triple occupancy in the past, it was only fair that the female hostels be welcoming in this regard too. In the conclusion of their petition, they also firmly stated that “OSA and ResLife need to stop this gender discrimination and feel equal amounts of sympathy for everyone and arrange triple accommodation for girls in girls’ dorms.” Additionally, one of the rebuttals they made to the Askari apartment alternative was why the girls could not consider the same option.
The Residential Life Committee, which comprises of six faculty members, deliberated upon the feasibility of triple occupancy in the female dormitories, and came to the decision that it was not a viable option.
It should be pointed out that a majority of the M-2 residents had already listed their room change preferences and were willing to shift to M-7 and, while the exact numbers remain uncertain, the decision is said to have lain with a dozen or so men who were unwilling to go ahead with the move.

Ultimately, the decision to allot M-2 to the female day-scholars has been reversed. The female day-scholars are currently living in the common rooms of the female dorms, and as a result, there is an overcrowding in the female hostels – not only making for an uncomfortable living situation, but also inconveniencing the present occupants of those dorms.
We reached out to a few of the applicants, and all of them elaborated several issues that the applicants were facing: that because they had to spend three to three and a half hours traveling every day, or were coming from toxic/abusive home environments, not only were their grades suffering, but they were also being deprived of the same on-campus experience that all LUMS students ought to have access to.

In a conversation with Dr. Maryam Wasif, where she detailed the complexities of women’s experiences in this society, she pointed out that “discrimination isn’t just whether or not you are admitting women, it is also who is being enabled, and who is being facilitated.” She also emphasized repeatedly that the residents of M-2 were not being removed from campus, they were being relocated on campus.

In response to the suggestion of triple occupancy made by the residents of M-2, Dr. Hadia Majid, who is currently conducting a study on gender discrimination in universities, said, “Asking women to triple up because the men are not willing to move 50 feet is not gender neutral — it gives a clear preference to men.” Adding onto this, Zebunnisa Chughtai, another day-scholar applicant, pointed out that if there were any charges of institutional sexism to be laid, they would be on two counts: that asking girls to consider moving into Askari apartments did not contend for the fact that “most of the girls do not have the privilege of accessing that option owing to issues of permission”, and that Dr. Adnan Khan asking the girls to express empathy for the residents of M-2 only reiterated the notion that “as always, women have been expected to lie down and take what they get. Asking girls, who have paid for double occupancy, to go into triple occupancy, to give up their common rooms – the only air-conditioned space in hostels during the summers – is asking girls to give up more. Girls moving into a triple occupancy room, when the guys shift rooms while maintaining double occupancy is not the same thing.”
Dr. Maryam Wasif commented in a similar strain by saying, “For the sake of a few men … spaces of interaction are being taken away from twelve hundred women.”

There are other critiques that have been leveled against the administration. According to Sarah Arshad, who is also a day-scholar applicant, expressed her frustration with the false rhetoric of gender equality being upheld, saying, “You cannot boast a 1:1 acceptance ratio for boys and girls whilst having nowhere to facilitate the girls you take in.” In nearly every interview we conducted, there was a general sense of agreement that if LUMS continues down the path it is upon, girls who travel long distances on a daily basis, from areas like Thokar Niaz Baig, Raiwind, Ravi etc. will eventually stop applying to LUMS if it is unable to offer them accommodations. And while it would be fair to attribute this issue to the administration’s failure to foresee this issue during the admission process, where clearly a much larger inflow of applicants was observed in comparison to previous years, at present it leaves many girls without proper housing, with no perfect solution for it. 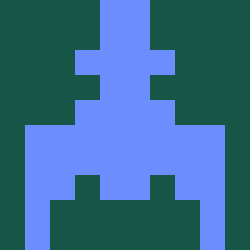