‘If you cannot bear my stories, then the society is unbearable. Who am I to remove the clothes of this society which itself is naked?’

Scrolling aimlessly through my Facebook newsfeed, I was faced with the horror of reading a BBC headline that said, ‘Girl, 16, paraded naked in Pakistan after ‘honor’ row.’ While a part of me was shocked and disgusted, another part wanted to evade what I had seen. Ignorance is bliss, or so they say and I followed this very school of thought.

Despite the fact that my brain has a fair share of autonomy over my heart, it was my heart that took charge and I was painfully engaged with the three hundred words describing what had taken place. For a clearer understanding of what had happened, here is a summary:

A young teenage girl in Dera Ismail Khan had been forced to walk around naked in her village for one hour by eight armed men from a rival tribe. The fact that they stripped the young girl of her clothes with scissors reflects their barbarity and the dearth of humanity. Not only did they bar the other villagers from intervening, but  also enjoyed mocking the girl’s mother who stood by helpless. The background to this incident is that the girl’s brother had been involved in a secret affair with someone from the rival tribe, however this matter had been resolved three years back with monetary compensation being paid by the boy.

This episode repulsed me to say the least but those sentiments were washed away from my mind within a few minutes.

Perhaps had it not been for Manto and his works, I would not have been talking about this matter at all. While my exposure to his work is a rather recent development in my reading experience, it is something I don’t regret to say the least.

Despite being obscene and bold, his writing is a foil to contemporary society.

In his short story ‘Khol do’, Manto underscores the rape of a girl who parts from her father during the time of partition. This physical partition also hints at the manner in which people part from their moral values at the unfortunate times of partition, both in 1947 and 1971. Perhaps by stirring an air of mystery regarding the time this incident happened Manto implies the timeless nature/quality of human deterioration. The girl, who is raped repeatedly by people of her very own religion, is left wounded to die on the railway tracks until she’s discovered. The essence of this short story, which is a brilliant piece of literature, is that those who are meant to protect you are the very violators of that protection – a concept very applicable to today’s times. Just like Thomas More is a Man for All Seasons, ‘Khol do’ is a short story for all times.

In another of Manto’s short stories ‘Thanda Gosht’, Manto describes the epitome of human cruelty through a man confessing his assault of a Muslim girl. The ground shattering twist in the story hits the reader when the man discovers that the girl he abused was nothing but a dead body. The maturity in which this subject matter is dealt with is an art distinct to Manto. His write up titled ‘Bu’ is also themed around the insatiable human lust at the cost of women dignity.

After leafing through a few of Manto’s short stories, the teenage girl’s plight became all the more heart rendering for me. It feels like his words penetrated my impermeability and knocked on my conscience evoking the basic human emotions of sorrow and sympathy. What appalls me most is the sad reality that Manto’s attempts to unleash the double standards and brutality of our society were unwelcomed. Even more troubling is the fact that even decades later, we stand witness to similar atrocities that Manto wrote about.

The question then is, how far have we truly come? Where then do we stand? 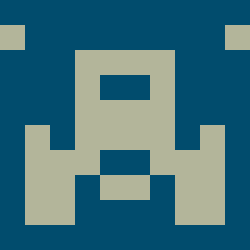