Throughout our adolescence, we’re commonly questioned by our peers and elders about who we aspire to be. In most cases, it’s an indirect way of asking, who our hero is and who we want to be like when we’re older. Some of us have it clear-cut decided: with answers that it’s their parent(s), grandparent(s), some certain teacher, a religious figure, a globally respected icon or even Superman. Whilst some of us, are often left confused when enquired and aren’t too certain what to answer with.

I used to face a similar uncertainty myself and it didn’t exactly go away until a few years back, when I heard Matthew McConaughey deliver his acceptance speech for Best Actor at the Oscars. It’s rare that a talk at an awards show leaves an impression on you, but this was an exception. I won’t quote him for word to word, but I’ll try to give a brief summary of what he said.

When McConaughey was a teenager, someone important to him asked him who his hero was. And to that he didn’t have an answer at first, but after a couple of weeks, McConaughey got back to him and said that his hero was himself 10 years from now. When he was 15, his hero was him at 25. When he’ll be 25, his hero will be him at 35. That someone special to him asked him why himself as his hero and that too a future form. To which Matthew said “I’m never gonna be my hero. I’m not gonna attain that. I know I’m not, and that’s just fine with me because that keeps me with somebody to keep on chasing.”

If we adopted the similar school of thought, how easier would things be? We’d always grind, strive and determine to be better in our own respective fields whilst chasing our hero. But we’d also stay grounded and humble at the same time since no matter how much greatness we achieve, we’ll always still be chasing our hero. We’ll never be our hero because age is a number and numbers are infinite, but in aspiring to do, we’d achieve our own personal heights of greatness. Levels of success that we previously wouldn’t ever have been graced with, had we remained without a target in mind.

However, some of us, especially the upcoming generation, choose to idolize the greats present in our current day society. Business majors hope to one day be like Musk, Zuckerberg, Bloomberg etc. Aspiring athletes hope to reach the popularity levels of Afridi and Messi. Albeit all of these are inspiring role models and their talents, physical capabilities and skills are certainly admirable. But in such a rapidly developing society that severely trends towards both ends of the spectrum, where even the best are caught up in embarrassing scandals and end up committing regrettable mistakes. Then maybe it is better, that we choose to idolize an improved futuristic version of ourselves.

Our future self may probably never end up being the CEO, athlete or the writer that we envision it to be, but that doesn’t mean it’s entirely impossible. The chances of us being successful ahead are only greater when we’ll aim towards improvement in the present. So instead of looking up to someone else, look up to yourself.  Believe that you’ll be great in the future and believe in your own capabilities. The beauty of idolizing someone you’ll never be is that there’s no established boundary. You can be as amazing as you wish and strive to be, and you’ll still be chasing your hero.

In our struggles towards chasing our hero, one thing will always remain the same. Something that we’ll always have in common with future versions of ourselves: Our name. Why do we even have a name in the first place? Well, simply because it’s our identity. It isn’t just a way people can call us specifically out, but instead it’s a beacon of inspiration for all of us. We won’t be the next Phelps or Jobs, and we don’t need to be either. We’re destined for our own greatness and there’s not a way anyone can take it from us. If we eradicate the neglect we have for our own identity than the incessant taunts, mockery and letdown that life throws, can’t even merely scratch us. The uniqueness of your identity and character is what sets you apart from the rest. You’re great in such a way that no one else is. So chase your future self and always keep on getting better.

Maybe in doing so, we’ll reach heights of greatness that even present day greats look forward to. 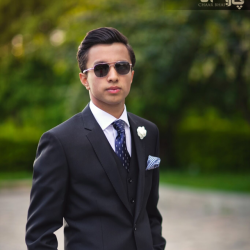