“In the name of God, the Compassionate, the Merciful here lies Saadat Hasan Manto and with him lie buried all the secrets and mysteries of the art of short-story writing…. Under tons of earth he lies, still wondering who among the two is greater short-story writer: God or He.”

Sitting in university building I wonder whether will my contribution make any impact, or whether my efforts and generation amount to nothing. One would assume that smart people rise to the top with their degrees and respect in their pockets. But do they understand and comprehend the truth of what our society and country is built on?  Our society confines us and prevents us from raising our voices because religion and religious discourse tends to dominate mindset. Going against the grain or standing up against the status quo is always considered a threat by institutions and institutional bodies.

I’ve always seen Pakistan as culturally diverse and important in the sphere of the world. But our shackles of the past ideologies of what a state should be are holding us back. The Islamic state people want Pakistan to be is not possible — it is not a viable proposition. An uprising led by students and the youth – bearing in mind the youth bulge in Pakistan’s population – seems, to me, the only salvation for this state as students hold modern and realistic values and beliefs.

The broader thinking Pakistan adopted towards art, writing and music during the 50’s and 60’s was a time of real expression and revelation of the realities of society. Painters and writers commented on sexuality, alcoholism and affluence of the wealthy, they talked a lot about how people get treated for gonorrhea now a days. People could open the newspaper or a magazine and the read the truth. Today, however, we are stuck in an age of tragedy that is covered state sponsored misinformation campaigns. Corruption is a norm but people remain dejected because they have no voice. Writers and thinkers are thought to be subordinate to a businessman or a doctor. I believe this orthodox mentality in Pakistan needs to be obliterated and only then, people will see the truth that expression and freedom of speech brings about.

The age of Manto and his successors of revolutionists were radical because they knew that taking all their ideas and assertions about the world would be useless in the grave. There is no problem with being strong in your beliefs about the taboos of this society. If you run on a straight path you’ll only end up at someone else’s door asking questions. But if we create our own path we stand a better chance of being remembered and appreciated for our originality. Are we on this earth to be pawns or players? Manto was a man with a voice and I think the institutions of today need to promote  to create uncomfortable spaces to spark debate and not rest on the notion that somebody else will speak up. Why aren’t we the ones at the forefront of change? Our short story of life will be over soon and I would rather be the catalyst than the bystander. 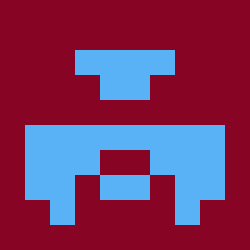 imadally
You'll always see me listening to music trying to observe what Lums has to offer - I wish I could experience every era.

Latest posts by imadally (see all)