Quantum Dots and Other Oddities

The faculty in the physics department at LUMS SSE is engaged in research work that spans both theoretical and experimental realms with significant implications for modern technology. These projects exhibit diversity in content, ranging from quantum systems, quantum gravity, quantum optics, to theoretical optics and liquid crystal materials, spin, and NMR. Some of these projects are interdisciplinary in nature and require collaborations across different departments at SSE. This article will focus on Dr. Ata Ul Haq’s work on Quantum Dots.

Dr. Ata Ul Haq has been working on Quantum Dots since 2004 and believes that the next revolution in technology will be on the quantum level, resulting in significantly enhanced computing power, storage data, and highly secure telecommunication systems and extremely sensitive detectors. In his interview, he explains quantum dots as nanostructures (with sizes as small as one millionth of a human hair) that are capable of storing an electron. On a purely fundamental level, computation systems are based on a binary system of 0s and 1s, called bits that work in series of 0s and 1s, and these bits are stored and transmitted in the form of electrical signals in computers. These systems are fabricated using the highly advanced integrated circuit technology which can pack billions of transistors into a single chip thus making miniaturization of computing devices possible. Modern day integrated circuits are crammed with transistors, and we see how the size of these have been decreasing over time. A revolutionary technology such as the implementation of quantum dots would imply a massive decrease in the size taken up by hardware and thus, enhanced computational power and data storage.

Even more revolutionary is making use of the quantum mechanical properties of a single electron in these nanostructures for computational purposes. For example, a single electron carries spin which is a quintessential quantum property. A single electron can form a quantum bit with spin up representing 1 and spin down as 0. However, quantum mechanical principles allow for such a bit to exist in many possible superposition states of both 0 and 1 at the same time. This principle of superposition is, therefore, responsible for the vastly superior properties of so called quantum computers. A modest quantum computer of the future should be able to perform highly intensive computational tasks faster than the currently available hugely expensive supercomputer systems. A single quantum bit in a quantum dot therefore gain immense importance for practical realization of these revolutionary future technologies. Understanding the physics of these extremely small structures becomes paramount.

A fundamental question about these quantum dot structures was whether these structures have temperature. A system of particles or solid having temperature implies that energy is shared within the atoms/molecules of that system. However, the notion of temperature becomes vague when applied to nanoscale structures and no clear answer previously existed on whether these structures are capable of possessing temperature. As of recently, Dr. Ata Ul Haq and other scientists at Sheffield (UK) for the first time were able to measure the temperature of as tiny a system as a single quantum dot. The experimental work involved optical cooling by means of lasers and using statistical models to extract temperature. The work was recently published in the  magazine called Nature Materials and answered in favor of the existence of temperature for such small scale particles.

It is motivating and inspiring to listen to the scientific discoveries being made and the theoretical models developed by the faculty at LUMS, these stories are often lost in the milieu of the fast-paced university life and become inaccessible to students. 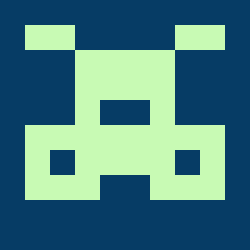