Rupi or not Rupi?

Posted on: January 1, 2018 Posted by: Duaa Rehman Comments: 0
Tags: milk and honey, Poetry, rupi kaur, the sun and her flowers

“your art is not about
how many people like your work
your art is about
if your heart likes your work
if your soul likes your work
it’s about how honest you are
with yourself
and you must never
trade honesty
for relatability”
― Rupi Kaur, Milk and HoneyRupi Kaur is one of the most prominent names in the new generation of InstaPoets. In the age of 140 characters, InstaPoets have mastered the art of delivering powerful poetry in just a few verses. In addition, Kaur has managed to achieve what is typically not associated to a poet-mainstream recognition and success. Kaur is 24, and her accomplishments outrank her peers very effectively. She self published her first collection, Milk and Honey, in November 2014, when she was 22 and studying Rhetoric and Professional Writing at the University of Waterloo. It has since sold over 1.4 million copies worldwide and was the New York Times bestseller for 52 consecutive weeks. Milk and Honey is a collection of 200 simple, short poems, coupled with minimalist line doodles that correlate to the general theme of the piece. The poems deal with topics such as love, loss, lust and recovery, but also dip into more serious realms such as feminism, abuse, racism and displacement.

Kaur is labeled the “patron saint of millennial heartbreak”. While she is admired for her openness about her traumatic past, her fraught personal relationships and her road to recovery, she has also been subject to immense backlash. And though it is inevitable that backlash should follow her rise to success, it is also important to understand both the source and the authenticity of such backlash, be it accusations of plagiarism, her typical free verse writing, or even her so called exploitation of the South Asian experience.

Plagiarism claims followed the young poet shortly after the announcement of her second collection, when many readers pointed out similarities between Kaur’s work and that of another InstaPoet, Nayyirah Waheed. This escalated when Waheed accused Kaur of not responding to messages sent by her to try to address this issue. However, one cannot overlook the possibility that both these young women may simply be writing about a similar genre with a similar literary style. The troupe of “sad brown girl” poetry, which deals in the struggles of brown girls in terms of identity issues, displacement and fraught familial ties, is one that has been dominant in the writings of many 21st century poets, such as Nayyirah Waheed, Warsan Shire, and Rahila Majid. In addition, undermining a common style with plagiarism claims seems to be an attempt to halt a growing movement championed by women of color.

Rupi’s trademark free verse writing has been the subject of much ridicule. It tends to be short, with mostly lowercase letters and periods, that she claims pays homage to the Gurmukhi script of her mother tongue of Punjabi. However it becomes easy to cross the line between simplicity and sloppiness, and Kaur has been accused of the latter frequently. It becomes very easy to mimic her writing. Witty Twitter users have put out their own versions of Kaur’s poetry; such as:

This resembles one of Kaur’s pieces, which is

“If you are not enough for yourself
you will never be enough
for someone else”.

Musing aside, this has the air of advice from a friend who has one too many shots of vodka in their bloodstream and cannot see straight.

Kaur, and poets similar to her, are also criticized for producing work that exploits the South Asian experience as a whole. Indeed, Kaur’s repeated use of words such as “we” and “us” blurs the individual trauma that she is supposedly celebrated for in favor of a so called unified South Asian experience that is not bound by geographical proximity or even gender. Kaur’s work is designed in a way to make her marketable globally. Her work is specific enough to be relatable to younger people of color while at the same time being blurred enough to appeal to a white, western audience. However, such claims do provoke one to question why such an approach is wrong. Any mainstream writer or artist would utilize marketing tactics such as these to generate an international fan base.

Claims against Kaur are valid and rooted in facts. However they are not substantial enough to discredit her completely. They can simply be thought of as strategies used by a young poet to appeal and connect with a diverse audience. Kaur’s work is unique, minimalist and relatable. To subject her to such brazen criticism would be holding her to impossible standards just for being a young woman of color. Kaur is subject to crossfire because her art is catered towards a demographic that is accused of having bad taste and being emotionally unstable: the woman of color. Kaur has Caucasian male counterparts with work that is questionable at best. To criticize her would be restricting her work’s right to be flawed and to evolve. No doubt, her poetry will grow and mature with time, just as she will. But it must be given the space to do so. 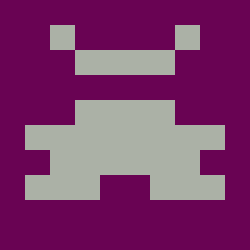