Highlights
THE LUMS POST–ISSUE IV | The Good, The Bad and The Ugly: Choosing to Stay on Campus | Forming Community, In Conversation with Anime and Manga at LUMS | Erudite Vernacular and Arcane Tripe: Addressing the Inaccessibility of Academic Writing | All Out For the Semester: PSL Postponement | Sophomore Candidate Profiles ‘21 | Campaigning In COVID: The Unique Election Experience of Freshman Candidates | Zoom, Mute, and Study: How Study Groups Help Students Stay Afloat During a Global Pandemic |

“Assalam-o-alaikum wa rehmat-allah,”Assalam-o-alaikum wa rehmat-allah,” recited the Maulana. The congregation ended, and the worshipers started praying, uttering an Amen with every wish the Maulana made. People were praying for their health, wealth and their worldly and non-worldly affairs. Amidst the conversation between the Almighty and His believers, stood a man, in the middle of the mosque. People were passing him, some even collided with him, but nobody paid attention to him. He was clearly in a state of dilemma, with signs of tension visible of his forehead. Some people were leaving; some were completing their namaz. Gathering up courage, he spoke finally in a stressed voice, he explained how times were very hard for his family and that he needed help to stabilize his life. He was still trying to explain the circumstances he was in, before a man intruded him, five or six years older than him. The man told him to go outside as he was disturbing everyone, shattering whatever hope was left in him. He told him to go and find work as he was able enough, without inquiring about his work situation and bashed him for not asking the Almighty for help.

We see this skit happen every Friday during the Jummah prayer and don’t pay any heed. Almost every week we see a different person with various problems, baring their situation in front of everyone so they can receive any help, and in response, they are told to go out and ask God for help. Ironic, isn’t it? A person is standing in the house of the God asking for help, and people are requesting him to seek help from God. Growing up we hear things like, “Beta har kisi ki madad karni chaiay,” “Jab khuda kisi ki madad karna chata hai tou koi na koi waseela Bana deta hai,” and many other countless things but when we see these things being implemented, we put a stop to it. And even if someone is willing to help someone, they won’t be able to because the person won’t be there until they finish their prayer.

People argue that when someone asks for help in the mosque, they disturb people or that people may forget their namaz due to the chatter created by the individual, and this may be faithful to some extent but telling a person to go outside shatters all their hopes. Before doing this, we should put ourselves on their feet and think how they are feeling at that moment and what circumstances forced them to do this, because no one in their right mind will be willing to do such an act deliberately or for fun. Also, if you feel that they may be brewing lies, then you can always verify their situation. But as brothers, the least we can do is provide them moral support or help them find a job. As Rumi said,

All brothers should be like grapes on a vine

Pressed together yielding their wine

The ripe ones hide the green one’s taste

Even imperfection doesn’t go to waste 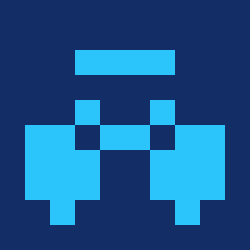 Muhammad Shehroze Khalid
A sack of potatoes trying to leave its mark on the world.