In the modern day, the word Education is so mundanely used that it has almost lost its meaning. Most educational institutes infuse a set of values and skill and call it education. But we have to ask our privileged selves that is it all it is to education? If it is, then a trained monkey can compete with us, and a restaurant can be heralded as educational when it teaches its workers a little work ethic. In this regard Pakistani educational institutes fair extremely bad. Even the most prestigious Pakistani universities do little more than providing a vocational guarantee to listless individuals in search of grandeur. Although it could be argued that people get university education to get a job, however, to call a training institute educational would be an act of utmost derogation.

In the ancient world,  at the entrance of the temple of Apollo at Delphi, were inscribed the letters – Know Thyself. This almost surrealistically vague maxim has through generations found several interpretations. Yet all of them collude to a single subject – an epitome of a Man. That man for Machiavelli was The Prince, for Kant the enlightened man and for Nietzsche the Ubermensch. While these archetypes might be unrealistically hard to accomplish, there are some quality patterns that emerge. Like having an appreciation for aesthetics, the ability to recognize yourself in the historical context and the courage to draw a line between right and wrong. It is roughly these qualities that have shown to inculcate in men a finer understanding of self. Through this understanding, a person can contribute to society more efficiently and live a more fulfilling life.

The lack of these core values is so obvious in the Pakistani society and the evidence too overwhelming that we can see the consequences almost all over it. The rapid brain drain of most of the academic elite, the redundant short-sighted corruption up in the power hierarchy and similar personal agendas exemplify the education problem. The universities, when they boast of a quality education, should not leave these intricacies out. Apart from providing a skill to earn money and to fill a position in society, universities should inculcate in students some sense of what to do with the resources and the importance of the prerogative responsibility.

Three broad streams of thought, I believe, help cover this abyss of stuporous arrogance. Firstly,  Literature and Art, that can provide a person with a stronger sense of beauty to the effect that he/she may find an aesthetic interpretation of the ups and downs of his life. Analysis of history can help him/her find a role in the larger sense of the world. While philosophy can help him/her find for himself a rationale separating good and evil. It is these inquiries that the university should encourage to model a well-rounded graduate.

While it could be argued that it is an unrealistic approach and an almost romantic vision of reality and we should focus on continual production and methodological progress. I’d beg to ask what does that make us? How are we any different from monkeys holding tools? There are evident holes in our education system. Flaws that restrict even the most gifted among us from achieving our utmost potential. However, it could be that this course is biased, inapplicable and yet more faulty, but greater men have trodden this course. 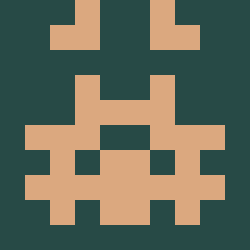