Highlights
THE LUMS POST–ISSUE IV | M5 To Be Converted to Dormitory for Female Students | FiLUMS ‘20 | Concerns Over SSE and SDSB Reopening in Spring ‘21 | 89.5% of LUMS Students Feel Workload in Online Semester Is Excessive, According To Survey | The Feasibility of Outdoor Classrooms | Quarantine & The Student Writer: A Case of Writer’s Block | For some students at LUMS, TikTok is an asset |

The Enigmatic Drama At LUMS

Four weeks into the enigmatic drama at LUMS and you realize that what mummy said back then at school was an ugly, fat, white lie. Well as it turns out, it’s not all fun and games here; what she said has proved to be a horrid sham, if you do manage to see it that way, which you do, at one point in time or another.

I’m positive you’d be viewing this statement from the academic lens, as far as LUMS comes in. But, well, no; that is not all there is to this shocking discovery. The lonely, nasty feeling you get right after the Orientation Week has ended and the sanguinary thoughts that follow, that’s what I’m talking about here, fellow comrades.
Surprise, surprise.

So here is what happens: You are particularly nervous when you arrive at this hundred acre heaven (which seems to be a total of ten acres considering the enlightening discovery that all there is to it is the PDC, the Academic Block and Jammin’, all of which makes a stupefying ‘L’ if you put it down on paper) for the first time, but but your O Week coaches soon get your lousy, scared spirits back to normal pretty soon. And after a few ice-breaking-sessions-gone-good, winning a few games in the sports gala, and because you’ve had a say in what the coaches decide (ignore the fact that every group member did), you inevitably arrive to the conclusion that LUMS is your kingdom. Your oyster. Your world to conquer and rule.

Sadly enough, the self-imagined demesne is going to crumple soon. But do not fret, comrades, it does not happen all at once. There are three gradual steps to its demise.

Step 1. You’ve won a few games in the gala and now you’re a member of some society, which has invariably expanded your ego in unexpected ways, so naturally you expect the juniors and seniors to help you out with some academic issue or whatever. Or at least notice you. But they’re far too cool to hang out with this new batch of loners so they continue to pretend they own the place. The Sophomores still have a feeling of alienation but they’ve efficaciously managed to suppress it by thinking that they’re better than the Freshmen, at least, which brings some, if not a bulk of confidence and heedlessness towards the desolate sheep of the new batch. And, of course, you’ve got too much swag to go on and talk to fellow freshman. So then, where does that leave you? That’s right: Straight at the bottom of the food chain.

Step 2. Until there comes a class that carries ten or more percent of the final grade in CP: the horrible, blood (and more often, dignity) sucking phenomenon called class participation. Obviously you have a few Sophomores in your class, if not a lot and they indubitably, and usually know more and better than you because of the courses they’ve taken last year, and of course because of the newly found confidence that they’re not wallowing at the bottom of the food chain anymore. The fact that they’ve survived the freshman year, that’s a huge source of the tremendous confidence alone.
So they usually keep speaking and the instructor keeps rewarding them with a good, yes, go on, of course, he’s right and all those positive remarks. And you’re just thinking, sitting in the corner of the auditorium that it seems so shockingly easy to get full CP. So you decide to give the instructor a piece of your mind too and you particularly choose the most difficult question to answer (or maybe it’s just bad luck) and BOOM.
What’d he say? Really? He doesn’t know about that?! What? Ha, that bozo.

Either you get subjected to that kind of dehumanization or if the class is kind enough to burke and subdue their comments and giggles, the instructor efficiently performs the task. He instantaneously recognizes fresh meat and pounds on it with queries about explaining your answer further and further till you get specifically embarrassed.
Step 3. Well there is the tormenting, godforsaken Academic Block. I was thinking one day of renaming it the Bermuda Triangle (maybe circle, considering the actual geometry of the place) or something of the sort. You’ve obviously either used the yellow map to doodle on it or you’ve thrown it away or your coach has borrowed it with sheer politesse and used it as the paper on which he had to write “VILLAGER” or “MAFIA”. So much for games. *Forceful snort*

Anyway. So now you’re basically left with no map. And you’re too cool to carry one even if you actually did have it. And apart from that, you get the feeling that it would look lame that you would be carrying a yellow map instead of the massive ego that you had just newly discovered. You’re running late for class, which as it happens is in A-5. You come in through the library and turn right and you’re almost halfway out when you realize that this is REDC. Whatever that might be. And you turn back with your embarrassment level rising to twenty percent. Then you take a left and keep walking, thinking this might be it until you get sight of the OUT gate. You’re standing there wondering where the hell A-5 is and you think you might as well ask someone. You see a bunch of kids sitting on the benches, seemingly having the worst times of their lives so you drop the idea of asking anyone. And you look at the RO office, give the person sitting there a stare (because you know he’s too busy to notice) and go back and take a left. PDC side. But hey, wait a minute, are those guys standing on the stairs there laughing their heads of because they’ve seen you circle the building and they know you’re lost?

Embarrassment level shoots to 60%. You storm towards REDC. Why’d they make this place symmetrical? You’re ready to bet your life on the assumption that they spent a fortune in making it this circular-and excruciating. And you bump in an acquaintance. After the regular exchange of greetings, you summon the courage to ask him where the cursed A-5 is. He says it is upstairs. Embarrassment level rises to 90%. You were circling the ground floor since the past ten minutes, ALL FOR NOTHING?

Your dignity has been crushed, your fiefdom has been defeated.
And you think maybe next year… 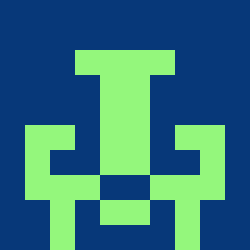 Latest posts by khaulanazir (see all)