The Sound Of Silence

It is an established belief that the power of human expression lies in the choice of words, but the idea that power exists beyond words- in the ‘absence of speech,’ is yet to be established. The force that transcends boundaries of language to communicate feelings, emotions, desires and attitudes is the power of the unsaid.

LUMS is home to some of the nation’s brightest minds and just this summer, one of our faculty members, Mrs. Mahrukh Baig (Professor- MGSHSS) had the privilege of visiting Harvard University and presenting her research in the vastly unexplored branch of “Communicative Silence.” Baig traces her inspiration back to her youth where she yearned for her silence to be heard. Her experiences as an introverted teenager in the bustling city of Lahore are in many ways what molded her interest towards the study of Language Pragmatics at a post-doctoral level. Baig’s study is an extension of the metaphorical manifestations of the thematic silence evident in Rabindranath Tagore’s highly acclaimed novel, “The Broken Nest”- a tale that exemplifies his remarkable ability to enter the complexities of human relationships to portray the predicament and loneliness of an intelligent Bengali woman neglected by her husband.

Silence as an object has been argued to either facilitate or impede communications by functioning as weapons or shields and fences or gifts, with its ability to cause harm or prevent harm and to wall separation or accelerate affection, respectively. Silence as a container has been examined as a type of prison or refuge surrounding people like a physical setting in communication. The personification of silence as a conduit (a channel for conveying meaning) has traced out moments of relationship development on the paths, bridges and vehicles of silence. The fourth and final metaphor of silence as action, has probed into physically motivated instances of silence, such as restraint, waiting and departures.

Baig, through her unique understanding of words, applies these mechanisms in her research to the characters of “The Broken Nest.” Weapons become a punishing source of silence viewed as objects capable of wounding others. The characters in the story exercise their ability to hurt each other emotionally as well as psychologically by using the powerful weapon of silence. If shields and fences signify war, gifts can serve as a metaphor for peace.  Weapons are meant to wound people, gifts have the power to heal them.  The characters are found to ‘heal’ each other by giving exchanging the gift of silence. Silence personified as a container functions as a state that surrounds us in communicative situations. Since containers have the ability to trap as well as secure,  two possible metaphorical manifestations of silence exist. The first as prisons and the second as refuges. In “The Broken Nest,” outer-world and inner-rooms are symbols of prisons and refuges respectively. The characters recurrently find refuge in the silence of ‘inner-rooms’ away from the noise of the imprisoning outer-world. Silence as a bridge tends to highlight a  sense of connection by bridging communicative gaps between people. It is a herald of social bondage and positive emotionality.  In “The Broken Nest,” characters try to bridge their relationships by silently listening to each other. As Acheson (2008) states “When we listen to others, we open a conduit through which they can travel towards us; silence thus bridges the space between us” (159-160).

Growing up in a society like ours, it is no surprise that we’ve grown to associate the word ‘silence’ with passivity and inactivity. Our perception is colored to view silence as something that is inherently dangerous, anti-social or abnormal. What we fail to realize is that all the great forces that we live by are intrinsically silent. The warmth of sunshine, the great expanse of space, gravity, the division of cells and even life itself, are all silent. To say that silence is simply a mere absence of sound is to take away from its untapped potential. Baigs’ study doesn’t just serve as a gateway to discover many other dimensions that remain undiscovered in this field of ‘communicative silence,’ but also forces one to be mindful of the silence around them, for it is “in speaking we remain silent and in remaining silent we speak” (Scott, 1972:146). 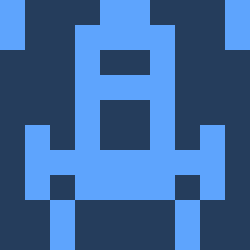