This girl agreed to write an article. You won’t believe what she did next!

So they asked if anyone was willing to write an article for finals week and I put my hand up. Given my pathetic position in terms of preparation, one would understand the sheer stupidity of that move, but there you have it.

So I thought alright. This is it. This is me juggling my society work with my academics. This is me being proactive. I’ve got this.

A day passed. Then two. Then I thought I should write the article. And then I thought no, my studies are more important, I’ll study a bit now and write up the article a while later. And thus I spent the entire evening on Facebook and Whatsapp.

Cue five or six days had passed, and I was still waiting for inspiration to strike. So I decided in the shower, the ultimate think tank, that I’d write a satirical article. And so naturally another two days passed, along with one exam, one round of terrible presentations and two missed WebWork assignments (WebWork hates me).

And so here I sit, at my laptop, with finals in a week, and having spent the time after my exam and presentation eating, watching Modern Family, and eating some more.

And I think to myself, why don’t I study some? And then I think, nope. I’ll write that article I’ve been meaning to, because I agreed to write an article and I should do that yes.

And so you have the epitome of disappointing articles in front of you, but learn one lesson from this, one lesson worth learning: You’re going to procrastinate, and as Usman Liaqat pointed out in the Bringing Psychology to LUMS workshop, a certain level of procrastination is alright, and waiting for inspiration or motivation to strike is healthy. Too much though, and you’ll find yourself in my position, putting up something atrocious because you’re running short on time, writing the worst article known to mankind and thinking about whether what I eat next will be counted as fourth lunch or early dinner. 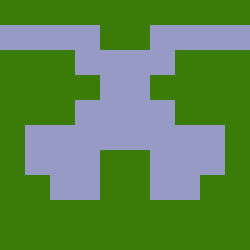 hira172
20 years old and not getting any younger.