On 31st October, the judiciary of Pakistan utilized its mandate and released a ruling in favor of minorities and human rights in general: Asia Bibi, a Christian woman accused of blasphemy was found not guilty. This sparked major protests and violence all over the country by the Tehreek-e-Labaik Pakistan, a political party with an extremist ideology. They demanded death of Supreme Court justices and mutinies in the army. Protesters with blood on their minds and swords in their hands held the country hostage for days, inflicting severe economic damage. The fear that they spread suspended activities of daily life for most Pakistanis; our university postponed classes for two days as most routes leading to the campus were blocked. Students issued unofficial warnings to each other and many had to spend the two days on campus.
However, life did not change on campus; loud music from speakers dominated the sound waves of the campus as many enjoyed themselves at the khoka. On 1st November, the Music Society at LUMS held its flagship event, ‘Thriller Night’. Even though the prevailing conditions in the city were hostile as the protests still raged, Thriller Night went ahead as usual. It drew in a large crowd, including myself. This is a testament to the bubbled life on campus and begs the question: why did the event take place and why did so many people make an appearance?
When I asked members of the Music Society and some performers, their reasons were genuine: “we have prepared for everything and the musicians have been practicing hard for very long”. It makes sense to go ahead with the event for the reasons quoted above, considering that the event could not possibly have been affected by the TLP’s protests as it was held behind the walls and gates of LUMS in DHA, which itself was largely unaffected. Therefore, the real factor in the event taking place is our privilege. There was no risk to the event or to those attending so it was worth it to go ahead as planned. When I asked the students their reasons for attending the event, they were sincere: to listen to the skilled performers for the night, to support their friends and to enjoy themselves in an otherwise monotonous life.
However, a dominant response from students, members and performers of the Music Society was: “this is our way to demonstrate against the TLP’s illegitimate protests”. At first the sentiment seems valuable. Calls for murder, violence and extremism should be countered with love and music. Concerts (and music in general) historically have been a symbol of peace and resistance, from Beethoven’s “Ode to Joy” to Habib Jalib. I believe this as well. However, the sentiment lacks substance: nothing really changed since a concert exclusively for LUMS students does not create the counter narrative needed to tackle the TLP. There are more meaningful ways to do that, like student political activity, but that is more often than not shunned or neglected. It was a pleasant sight to see around two hundred students at the faculty-led discussion on TLP’s protests. There is still a need for wider involvement from the student body in the political affairs of our campus and our country. Our privilege should enable us to organize and rebel against extremism in more meaningful ways than concerts.
The event itself was well-organized and thoroughly enjoyable. It starred talented musicians rocking their instruments (shout-out to Aurooj Khan on the guitar). They performed some of my favorite songs as the fans danced with paintings on their faces. Both Khadim Husain Rizvi and Imran Khan made appearances to the mesmerized audience. The event was a symbol of hope. We have a responsibility to turn that hope in to reality. 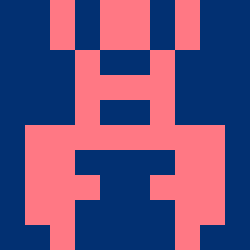