For some students at LUMS, TikTok is an asset

Similar to what vine had done previously, TikTok has effectively revived an entire genre of content based on short, entertaining videos with more than 50 million daily users. TikTok is already one of the biggest social media applications in the world, and it has taken LUMS by storm. TikTok is not only an application that many people at LUMS enjoy using for its hilarious and entertaining content, but a lot of creatives also use TikTok as a form of expression and income.

The Post reached out to a few TikTok users from the campus community to discuss the role TikTok plays in the Pakistani online sphere and the way it divides opinion.

Shanzé Khalid ‘24, described the first time she gave TikTok a serious thought: “I love proper choreographed dances and last year in winter, this app was blowing up and I found it very intriguing.” One thing many Pakistanis discuss is the “embarrassing” content found on TikTok. To this effect, Khalid said, “While I 100% agree it (TikTok) did/still does have a window for some inappropriate content and borderline embarrassing stuff, but it also provides an amazing platform for not only content creators who are genuinely interested in creating interesting content, but for dance enthusiasts like me too.” So, many people, like Khalid, in LUMS and in Pakistan have found content they enjoy regularly on TikTok.

Some students at LUMS have even found ways to monetize their time on TikTok through brand sponsorship deals. One unique benefit stemming from TikTok is how large the potential audience base can be. Sohainaa Farrukh ’24 talked about how she was able to monetize her time on TikTok, saying “..My following on tiktok accelerated my following on Instagram. I use my Instagram account for brand deals.” The ability to attract such a massive audience is what makes TikTok stand out from the rest of the social networking applications around. This, therefore, is not just a platform for consuming good content, many at LUMS and in Pakistan have been able to be productive with the time they spend on this app.

Any discussion of TikTok in Pakistan is now, of course, incomplete without discussing the ban on TikTok imposed and subsequently lifted by PTA earlier this year. The ban, which was imposed because of “immoral content” found on TikTok, proved to be highly unpopular. There was a significant amount of backlash over the plausibility of PTA’s reasons for the ban. For Farrukh, the moral concerns of the ban take precedence to any monetary concern she may have had. She told The Post, “It definitely made me worry about how social media can be so fleeting in a country like ours, which can shut down entire networking apps just because they supposedly spread ‘immorality’. That made me feel insecure because who knows what the next app would be that the government decides to shut down for no apparent reason.” This ban also created problems for individuals who were able to monetize their presence on the platform. Their schedules were affected significantly and it was very tough for them to communicate with any of their global peers. Not only that, but the volatile cyberspace this ban alludes to actively discourages people in Pakistan from trying to find innovative ways of making money and, ultimately, improving the country’s GDP.

The TikTok ban puts into perspective the broader problem of media censorship in Pakistan. Arooba Mansoor ‘23, expressed her anger at the growing censorship environment within Pakistan, saying, “Before TikTok got banned I was already furious with Pakistan’s increasing level of policing of people’s private lives and the increasing degree of censorship and banning. When they banned TikTok it was just another push towards the disillusionment I was already experiencing regarding this country’s future.” Mansoor also talked about the fact that there are greater sociological factors at play here and dismissing TikTok as a ‘waste of time’ is entirely unfair, “TikTok isn’t just a fun app, I think it’s the one platform where rich, poor, ‘cool and uncool’ people alike get to express themselves and it’s the one place where we can share our common humanity.”

While the morality of TikTok and its ban is still up in the air, its popularity cannot be overstated. For a lot of creatives at LUMS, TikTok is an asset. It has the potential to be an outlet for and an extension of their mind. As many governments around the world find different reasons to ban the application, TikTok continues to grow not only as a social media app, but also a highly divisive sociological phenomenon which affects many lives within Pakistan. 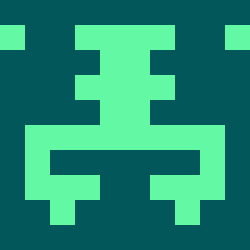