Towards Egalitarian Interpretations: “The Quran, Gender Roles and Patriarchy” with Asma Barlas and LRS

Select events in the past have put The LUMS Religious Society (LRS) into the center of controversy; LRS cannot entirely control what a speaker says, and oftentimes given the profile of their speakers, some talks can turn out to be, and have been in the past, controversial. Moreover, a lot of the events held by the Masjid at LUMS are misattributed to LRS, and any negative reception of them gets projected onto the society. However, this semester, LRS is proud to have hosted an event titled “The Quran, Gender Roles and Patriarchy” with the esteemed academic, Asma Barlas. The talk took place on 14th November and was, according to LRS Vice President Zainab Farooq ‘21, the most attended event by LRS this semester.

When the organisers reached out to Dr Barlas early in September 2020, her reply cautioned against an arrangement of the event without familiarity with her work, which was concerned with highlighting alternative, egalitarian interpretations of the Quran. In fact, her book, Believing Women in Islam: Unreading Patriarchal Interpretations of the Qur’an deals with just that task. As a result, Dr Barlas has had to face a lot of criticism for the controversy that her work created.

After Dr Barlas’ warning, Farooq and the other organisers spent a month reading into Dr Barlas’ work and discussing amongst themselves whether they should have the talk in the first place. Farooq reveals that she was encouraged by the rest of the society to hold the talk in line with LRS’ aim to provide a platform for differing opinions.

As LRS President Massab Qayum ‘21 said, “The main goal of LRS is to give speakers a platform; these speakers may have differing points of view. However, it is crucial to listen to them because only in that way can one learn.” Qayum recalls that ever since he joined in his first year, the society has been incredibly inclusive and welcoming towards diversity.

Nevertheless, there was still quite a lot of anxiety about the event and the kind of reception it would gain. “We expected that things would get heated,” Farooq admits. To combat some of these fears, the talk was privately held on Zoom and was only open to LUMS students. Farooq recalls that thankfully, it went smoothly. Furthermore, Qayum shared that the feedback for the event was quite positive.

During the talk, Dr Barlas argued that the Quran itself is not patriarchal, but that Muslims tend to misrepresent it.

In the preface to her book, Dr Barlas writes: “Every new reading of the Qurʾān, by helping to resolve these basic questions of hermeneutics, can also help to generate such a theory. That is why critiquing the methods by which Muslims produce religious meaning and rereading the Qurʾān for liberation are crucial for ensuring sexual equality. In attempting to do both here, I concentrate on recovering the liberating and egalitarian voice of Islam that is rarely heard today but which we are most in need of hearing.”

She used examples of various verses and presented more egalitarian interpretations during the talk. Furthermore, she pointed out the necessity of reading the verses in the context that they were revealed in, and that a lot of the verses from the Quran were addressed to 7th century Muslims. Therefore, what is understood by the Quran depends on who reads it.

The Q&A session that followed carried on in the spirit of productive dialogue. The questions asked were aimed to better understand Dr Barlas’ work and comments that were appreciative of the talk were made. This openness may indicate a move of the LUMS culture to a place where it is ready for such events and conversations. Besides, as Farooq states, “the main goal is not to minimise backlash but to try our best in providing space to different viewpoints that are coming from authentic places.” 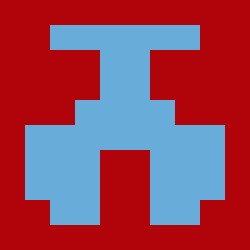