Nietzsche said “He who has a why to live can bear almost any how”. While the mental health debate goes on at the campus, the wise man’s words can help us find answers to many questions which we may have. Based on Nietzsche’s philosophy, Austrian psychologist Viktor Frankl worked on finding central instinct humans thrive and live on. His quest resulted in one of the classics of 20th century, “Man’s Search for Meaning”. Published in 1949, this little book digs in human psychology to find the central driving factor of human nature.

Life, Frankl believes, is essentially a quest for meaning. And that perhaps is one big vacuum in the lives we live, and is particularly felt in hard times. Grappling with the question of meaning in human life, Dr. Frankl appositely points out three whys, the sources of meaning: Love, Work, and Dignity in suffering. To begin the discussion, one must acknowledge firstly that, we do behave abnormally in difficult times. So don’t feel ashamed or bad, suggests Frankl quoting Lessing, because after all, “If some things don’t make you lose your sense of reason, then you have none to lose”. It follows that an abnormal reaction to an abnormal situation is a normal behavior. Implicitly speaking, we have no control over what life may throw at us. It can rob us of opportunity, our love, our happiness or our freedom to life itself. Yet Frankl says, till the time you exist, forces beyond your control can take away everything but one: the freedom to choose how you will respond to a given situation. His comparison of prison inmates at Auschwitz during World War 2, provides a pertinent case study. Those who had a will to find meaning survived, while those who had nothing to look forward to, faded quickly in the mist of barbarity. But among those who died after months of gruesome and atrocious treatment, there were people who had a meaning, purpose to live for. You might think why then so much stress on meaning? Frankl believes that they found dignity in suffering. They were worthy of their suffering. There’s always a meaningful thing to look for in life, even in adversity. And the primary task of a person is to find an end to a situation.

Application of Franklian ideas, can help us find a motivation to field ourselves firmly in the face of adversity. In our day to day challenges, which at times become overpowering, a meaning, a reason, a sense of purpose keeps us going. We may find solace and reason to move on, in the mere little things of life we too often ignore to be of any importance, just as Frankl did during his prison years. Amidst the absolute hopelessness of a concentration camp, he found a why by remembering his wife, even though he knew nothing about her fate, whether she was alive or not. His imagination led him to classrooms where he found himself teaching about prison psychology. These were “little” meanings he derived while he had nothing other  than a mere existence.

Life is a case of tragic optimism, says Frankl. Despite the fact that we are faced with pain, guilt and ever present fact of death, isn’t it amazing that humans construct life? The very fact that humans overcome tragedy by turning pain into achievement, guilt into transforming oneself into a better person and death into a cause for responsible action, tells us that we are much larger than ourselves. Whatever may befall us, we can derive good out of it. A meaningless life is bound to fall in despair. While a purposeful soul stands upright against the odds. Building on these ideas, Frankl says happiness and success should not be sought, in fact they must ensue. They are the by-product of a reason you are chasing. An interesting instance that he gives is the case of laughter. We must provide some reason to a person to laugh, for example a joke. What would you expect a person to do if he is asked to laugh, without any reason? And that exactly is the most common issue with us. We centralize the task, leaving the end. Work. But why? Laugh but why? All that transpired after the tragic incident with one of our fellows, is hopelessness leading to self-defeating in fact life-defeating actions. Beyond these categories of success, beyond these parameters of life, lies the reason – the reason to live, the reason to laugh, love and survive. “Love is as strong as death” then why not adapt it instead. Find a meaning, a love and live for it and not for success or happiness. Happiness shall surely ensue. As a community there’s a need to come together, and help each other in finding the truth of our lives. For love is the ultimate tool to shape life. In Frankl’s words, “the salvation of man is through love and in love.” 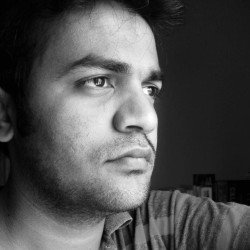