Violence: Do We Really Love It?

Strangely, the world has always had this uncanny attraction towards violence. From the medieval times all the way to modern times, it can be acknowledged that, at some level, society today does strive and campaign for peace. While society may do this, governments probably do not and there also exists a dark part of society which doesn’t as well. This idea brings my attention to our society: sub-continental or Pakistani society; do we really prefer peace or are we inherently lovers of violent ideologies? I do understand that such generalizations are not accurate pictures of our society but are perhaps important for the sake of understanding the issue at hand.

It is often seen on social forums that even to condemn violence, people often call for violence: that too, extremely brutal forms of it. People would suggest, without shame, the public hanging, stoning, amputation, gutting and at times, the burning of alleged perpetrators of violent crimes. They would even garner considerable support for such ideas. We as a nation actively suggest/support the brutal ‘crushing’ of all elements that we view or grow to view as ‘anti-state’ ones. We do not think about ideological issues. We do not look towards permanent reconciliation of grieved parties or even towards structural development that would erase the ability of the said actors to operate with success. Our most easy and desired solution has always been ‘bombing them into oblivion.’ It is important to note that I do not deny the need for armed force against groups that principally aim to oppress and murder innocents but what I mean is that it cannot work independently without structural, social, economic, and ideological changes in the narrative.

Another question: do we really ‘admire’ the brutal crushing of elements that are at odds with our morals? Do we see our military ability and viciousness as a source of pride? If yes, then we have a problem. I understand that these questions may hold true for most societies around the world and under such circumstances we have a general problem of the global rise of a culture of militancy. The degree to which it is deeply entrenched in the minds of the people tends to be greater in regions that are war-torn, have a poor literacy rate, and extreme inequality or wealth and opportunities. I mean to place a lesser emphasis on ‘violence’ on, for example, the border or militant groups. However, I wish to emphasize on acts of communal violence and oppressive state violence against innocents which tend to garner support from the masses, justifications such as, ‘They asked for it!’, ‘Should not do something that hurts others’ sentiments in the first place.

During the 80s military government in Pakistan, protesters were often flogged in public. Those who dared to speak up were thrown into jail cells, tortured and starved there. The state was extremely brutal and did not flinch in using violence to suppress or even ‘eliminate’ those who hurt the ‘social order.’ Lawyer, poets, journalists and free thinkers were brutalized, censored and labeled traitors. People would come out in hundreds onto the streets to watch the public floggings and hangings as if it were a spectacle. A large section of society would continue to justify the state’s actions. Even sections in today’s society continue to justify those past atrocities. When the state butchered and suppressed countless innocents in the former East-Pakistan, there were champions of nationalistic causes who referred to the brutality as ‘saving the country.’

Such violence was not even toned down by future democratic regimes; police brutality was always an acceptable force to crush those who were a ‘National threat.’ Today, a large section of the country lives as the oppressed. Thousands live under forced bonded slavery and women are killed and burnt to death for honor. Violence gradually over all this time has become embedded in our society, and we don’t even realize it. The oppressed are traitors when they demand rights, and the women are immoral when they demand rights. Those who speak up are traitors and are often called to be ‘hanged to death’ very casually on social forums. Those who even die in violent crimes, state or third party is casually flicked away by statements such as, ‘they must’ve done something,’ ‘he/she should not have done or said that anyways,’ ‘he/she did not possess a good moral character anyways. Why do we even care?’, ‘I condemn it, but you know he/she was partially at fault too.’ I don’t only mean social activists, journalists, and politicians. I also mean alleged criminals and killers alike. Why do we, as a nation, justify violence so casually as if it is completely normal to us and happens all the time. Have the years of state violence and the war on terror truly desensitized us to violence?

Is it suddenly ‘not that bad’ to kill just because ‘she asked for it’? Why does it matter who the victim is? I understand that the world is not all rainbows and flowers, I understand that violence, crime, and hate is also a large reality within it, but does that justify us being okay with it? Even if it is, does it then go far enough to be justified for us to be celebrating it? Why has, ‘Hang all you people’ become the default counter to most opinions and ideologies that are not in line with yours? Showcase of arms and ammunition and ‘hawayi firing’ (shooting bullets into the sky just for the fun of it) have become rituals and symbols of pride. So the question comes about, do we enjoy it? Do we love it when violence is practiced against those who are not us nor dear to us? We are truly onto the path towards an increasingly militaristic society without us even realizing it; we can not expect social development and progress until and unless we realize it and take corrective measures to gradually change the narrative. Just like it has gradually been constructed with the passage of time. 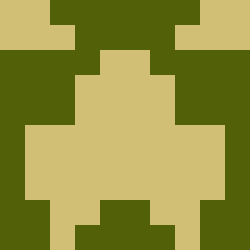