What it means to be a Freshman at LUMS

Okay so, let me just be completely honest and say that O-week does not, in any way, prepare us for what comes after the initial excitement and exhilaration of being at Uni has died down. Hardly has one recovered from the forced social interactions, awkward run-ins with people you had wished to avoid, incessant screaming (read: naara baazi) and exhausting ice-breaking sessions, that he/she is thrown into the official first week at LUMS.

To say that the first week at LUMS was overwhelming would be the epitome of an understatement. There we were, a bunch of lost puppies running around the labyrinth that is the Academic Block trying to figure out where are classrooms were. Often, we’d ask seniors for directions and be answered by confused looks mirroring our own. Or we’d be given vague directions about PDC or REDC and let’s just say it was a good few days before we finally figured out what those abbreviations stood for because most of us felt stupid asking what they meant. Everyone just naturally assumed we’d know that stuff…

For the first few weeks, we were all in a daze. From roaming around the campus like loners looking for potential friends to walking into class only to find out that you have an assignment due in a few hours and a quiz the day after and then being forced to answer the dreaded question: “Didn’t you check your email?” Ummm. No, I didn’t. I was just so used to being spoon-fed and being reminded of submissions and quizzes several times IN class.

A month in and most of us had found a “squad” to hang out with (after bonding over a detailed discussion of GOT, in my case) and we all collectively sighed with relief knowing that we were no longer required to strike up conversations with strangers at every opportunity. But the bafflement of being in an entirely new environment didn’t stop there. It took me a good number of days to figure out what it meant when all the boys would exchange knowing looks or hushed words and abruptly be up and off. It was only when I caught them in the act (having a sutta break outside SDSB, to be precise) that I was able to put two and two together.

One of the most interesting things about life at LUMS is what goes on there after the sun has set. As freshmen, we’ve all heard stories from our enlightened hostelite sources which don’t leave much to the imagination. I won’t go into detail here because you all probably already know what I’m talking about and I’d like to keep this article PG 13.

Finally, you know you’re a freshman if you somehow screwed up at enrollment this time and are already dreading the next one, having nightmares about not getting your core courses or, as in my case, not getting any of the classes you want. 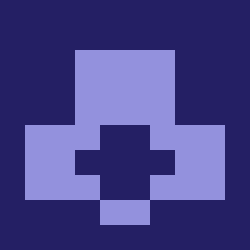