The LUMS Shredded Society has found a way to continue their Zumba and HIIT classes, at a time when the COVID-19 pandemic has made these large group workouts otherwise impossible, by bringing the gym to everyone’s rooms.

Before the closure of campus on March 16, the Shredded Zumba and HIIT (high intensity interval training) programmes were a fitness staple for many. The latter was averaging a large turnout of 40 to 50 participants per day, according to Nabeel Ahmad Chauan ‘22, captain of the Shredded society.

The end of the fitness classes caused many students to adopt a sedentary lifestyle during the pandemic and led to compromised productivity.

LUMS Shredded member and regular gym goer Abdullah Abdul Manan ‘23 commented on feeling lethargic, and said, “Besides my chores, there was no physical activity. That can cause fat levels to rise and energy levels to decrease.”

“I really miss doing HIIT with my friends,” said regular attendee of the Shredded sessions held on campus Maham Sarfraz ‘20.

Upon the recommendation of the Student Council, Shredded brought back their popular Zumba and HIIT classes over Facebook live starting April 16.

“Many people said that we can’t work out from home, so we gave them the option to say ‘Yes, you can.’” Chauhan ‘22 said.

Both programmes followed the structure of the ones held on campus in an effort to deliver the same experience to participants. Shredded instructors conducted the sessions from their homes over their phone and laptop cameras. Participants could join the HIIT classes by clicking on the link posted on the LUMS Shredded Facebook page, while those who registered for Zumba would be sent the link over private chat.

The initial response was great.

“We conducted a survey to see if people would be interested, and there were a whopping 400 plus responses. A majority of the responses were for Zumba, and in the first week of the HIIT program, we had 40-50 viewers,” Manan ‘23 said.

Sarfaraz ‘20 rallied her friends to again work on her physical fitness through the Zumba Facebook live sessions. While Johar Raza ‘19 joined the HIIT programme for the first time through Facebook live as he saw it as a good opportunity for getting fit, combatting laziness, and stimulating productivity.

Despite the initial response, the participants of the HIIT sessions dwindled to five or six regular attendees in the third week and the Zumba classes faced a rapid decline in participation, resulting in them being cut short.

A major reason for the decline was the inability of the virtual workouts to break past the demotivation of quarantine. Trainers were unable to see participants and similarly participants were unable to see each other, causing disillusionment for both parties. Manan ‘23 elaborated how, in a gym environment, participants are inspired by others working hard around them and pushed by instructors who come up to them and encourage them to keep going, but on an online platform there is a void.

“The main challenge was getting motivated, and forcing myself to perform the exercises,” Raza ‘19 said.

With decreasing participation, trainers no longer found their effort worthwhile.

“At that point, we thought that it wasn’t worth it for us to put in the effort for such small numbers,” Chauhan ‘22 stated.

Another reason for the decline was the medium of the Facebook live videos. The videos were of a low quality as Shredded was working with their phone and laptop cameras. For Sarfaraz ‘20, the video did not provide adequate coverage of the moves demonstrated by the instructor.

However, there were others who found that virtual fitness had its own unique benefits.

“The sessions were also recorded. If someone could not attend the live they could simply access the recorded versions on the Facebook pages, unlike if you miss a session in a gym,” said Syed Ali Akbar ‘23 HIIT instructor.

Moreover, in the new world order of COVID-19, we may not have other safe options to stay fit. Though gyms have opened with SOPs, there is still a significant risk of exposure to the virus.

“People have to realise that this is the only safe way,” Chauhan ‘22 stated.

For the coming fall semester, the society will continue the Facebook live Zumba and HIIT programmes but will work on improving the initial technical issues faced, and may conduct the workouts in the morning and evening for those unable to attend due to the timing.

The society is also working on new innovations in bringing virtual fitness to LUMS. Chauhan ‘22 suggested organising one-on-one online video sessions between trainers and students, while Manan ‘23 believes that pre-recorded and edited follow along workout videos are the way forward.

Akbar ‘23 proposed some techniques for overcoming the barriers of virtual fitness, “When I conducted my lives, I used to place my phone to record on the tripod and would play loud music on my laptop. This created the right atmosphere to get adrenaline rushing for exercise…I would also constantly scream out encouragements like ‘Don’t stop! Keep going!’”

Through these new strategies, the LUMS Shredded Society aims to give people the foundation of regular exercise programmes to help them adopt a healthier lifestyle. 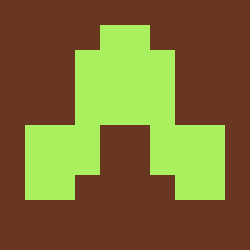